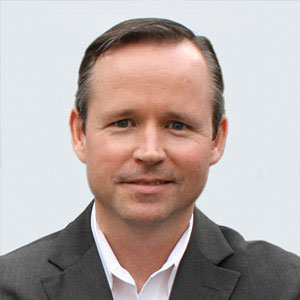 When a computer worm - a malicious software program that can spread quickly - locked Brian Krebs out of his home computer in 2001, he felt exposed, vulnerable and utterly fascinated. Since then, Krebs, a seasoned investigative journalist, has dedicated his career to uncovering a particularly dark corner of the Internet and is widely recognized by security experts and criminals alike as the preeminent authority on cybercriminal syndicates and their tools.

On his popular security blog, KrebsOnSecurity.com, Krebs exposes information that can’t be found anywhere else, shedding light on the digital underground and dangerous activities of profit-seeking cybercriminals who make billions off of pharmaceutical sales, malware, spam, heists and data breaches, like the ones at Adobe, Ashley Madison, Target, and Neiman Marcus that Krebs was the first to uncover.

Previously, as a longtime reporter for The Washington Post, Krebs authored hundreds of stories, including eight front-page reports and more than 1,300 posts for the Security Fix blog.

The author of The New York Times Best Seller and 2015 PROSE Award winner, Spam Nation: The Inside Story of Organized Cybercrime - from Global Epidemic to Your Front Door, Krebs provides unprecedented access to the well-hidden world that few outsiders have seen up close.

Krebs has been featured on leading media outlets, including 60 Minutes, CNN, FOX, ABC News, and in The Wall Street Journal, Forbes and Bloomberg Businessweek.

Entrenched in the criminal underbelly of the Internet, with an innate journalistic drive, Krebs delivers fascinating insights into the inner workings of some of the world’s most significant (and dangerous) cybercriminal syndicates, breaking down their operations and mindsets to provide prevention and detection strategies that individuals and organizations can’t afford to miss.