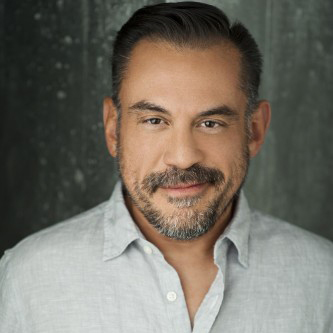 Two-Time Emmy Nominee, President of the Clarity Digital Group, and best-selling author of Innovation Nation
Fee Range $20,001 - $30,000 *
* This specific fee falls within this range. Ranges are presented as a guideline only. Speaker fees are subject to change without notice. For an exact quote, please contact your Keppler Speakers representative.
Add to Favorites
lbrody

Leonard has been called “a controversial leader of the new world order.” He is an award winning entrepreneur, venture capitalist, best-selling author and a 2 time Emmy nominated media visionary.

After selling his company in 2009, Leonard became the President of the Innovation and Digital Group for the Anschutz Company, one of the largest live sport and entertainment businesses in the world owning assets such as stadiums like the O2 Arena in London and Staples Center in LA; sports teams like the Los Angeles Lakers, Los Angeles Galaxy and the Los Angeles Kings, and today, one of the premiere concert promotion businesses in the world seating hundreds of millions of people a year. He is also one of the proud owners of Coventry City Football Club in England.

A highly sought-after public speaker, Leonard has lectured at institutions such as Stanford, the G8 and the United Nations. His insight has been requested by companies such as The Financial Times, Warner Music, Dell, Visa and Pepsi, as well as, the governments of countries such as India, Israel, Ireland, Russia and South Africa. His work has been featured in such publications as Fortune, the Wall Street Journal, the BBC and the New York Times.

He is co-author of the best selling books, Innovation Nation: Canadian Leadership from Jurassic Park to Java and Everything I Needed to Know About Business...I Learned from a Canadian both published by John Wiley and Sons. Currently, he is authoring a new book in partnership with Forbes Magazine, entitled, The Great Re:Write coming out in the next year.