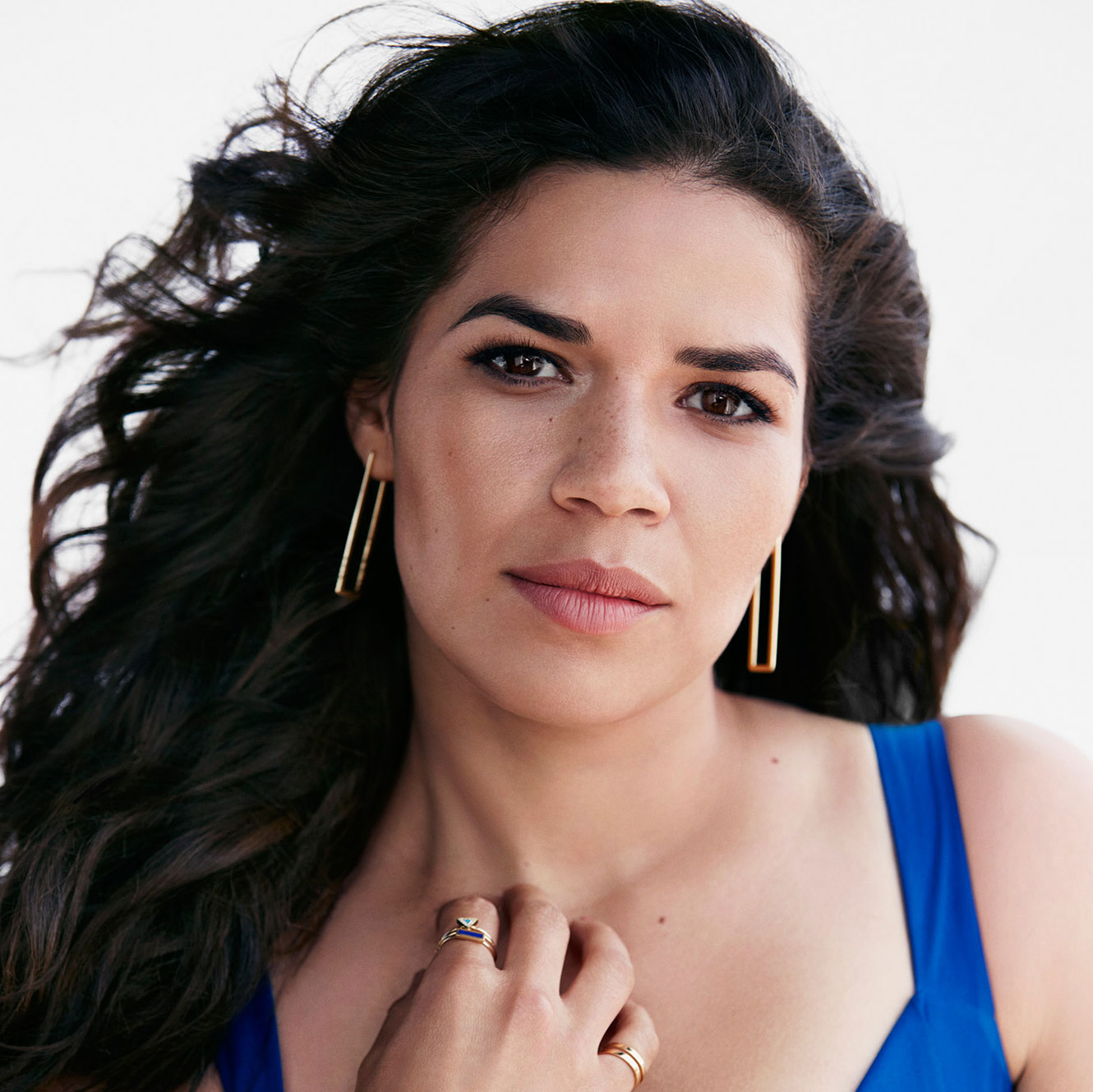 Actor, Producer, Director, and Activist
Fee Range Above $100,000 *
* This specific fee falls within this range. Ranges are presented as a guideline only. Speaker fees are subject to change without notice. For an exact quote, please contact your Keppler Speakers representative.
Add to Favorites
AmericaFerrera

America Ferrera is perhaps best known for her fearless portrayal of "Betty Suarez" on ABC's hit comedy Ugly Betty and "Carmen" in the popular film The Sisterhood of the Traveling Pants. Ferrera's Ugly Betty role earned her an Emmy, Golden Globe, and Screen Actors Guild Award, as well as ALMA and Imagen Awards.

Ferrera currently produces and stars in the long-running NBC workplace comedy, Superstore. Additionally, she has directed several episodes such as 218 “Mateo’s Last Day” and episode 313 “Video Game Release” for the series. Superstore has received nominations for the 2018 GLAAD Media Awards, the 2017 Imagen Awards and the 2017 Gracie Awards. Upcoming, Ferrera will co-produce along with Kevin Hart, NBC’s new development, All Fancy, a half-hour series starring Anjelah Johnson, which follows a newly successful 30-something Mexican-American woman who often goes against cultural and social expectations, creating chaos and comedy within her marriage, business and extended family. Ferrera will also executive produce Gentefied, described as a badass Spanglish series about family, community, brown love and the displacement that disrupts it all, Gentefied follows three Mexican-American cousins and their struggle to chase the American Dream, even while that same dream threatens the things they hold most dear.

In 2014, Ferrera wrapped production on Diego Luna's biography, Cesar Chavez, which centers on the civil-rights activist and labor organizer, Cesar Chavez. Portraying his wife, Ferrera stars opposite Michael Pena and alongside an impressive cast including Rosario Dawson and Gabriel Mann.

Ferrera can be seen in David Ayer's crime thriller, End of Watch, also starring Jake Gyllenhaal, Anna Kendrick, Michael Pena, and Cody Horn. The film is set to release in late September. Also this fall, Ferrera will appear in the comedy It's a Disaster opposite Julia Stiles and David Cross.

Later in October, Ferrera can be seen in the television series for PBS and international broadcast, the Half The Sky project. Ferrera joins reporter Nicholas Kristof, and actresses Diane Lane, Eva Mendes, Meg Ryan, Gabrielle Union and Olivia Wilde in an inspiring program that captivates the struggling and empowering stories of females fighting for change.

In tandem with her work on the series, Ferrera will serve as ambassador on a campaign called "America4America" joining Voto Latino, the leading non-partisan national youth empowerment organization. The campaign aims to reach people across the country by using online content to engage in conversations with the actress and discusses issues related to voter ID laws, education, and immigration.