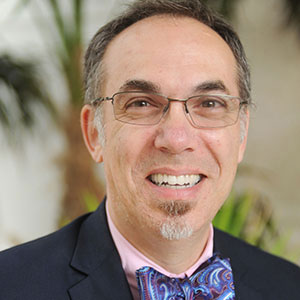 Acclaimed Economic Expert & Former Senior Economist at the National Association of Home Builders
Fee Range $10,001 - $20,000 *
* This specific fee falls within this range. Ranges are presented as a guideline only. Speaker fees are subject to change without notice. For an exact quote, please contact your Keppler Speakers representative.
Add to Favorites
econ70

Often called the “Stand-up Economist,” acclaimed economic expert, Elliot Eisenberg, uniquely specializes in making the arcana and minutiae of economics entertaining and relevant. With expertise and consultation sought-out by federal, state and local governments and legislators, hedge funds and investment advisory groups, Dr. Eisenberg is an established authority on the national and global economy and its impact on various industries.

Currently, as the president, chief economist and founder of Graphs and Laughs, LLC, he conducts studies and provides economic forecasts that are featured in daily summaries on his blog. Formerly a senior economist with the National Association of Home Builders, he is an expert on the economic impacts of industries, such as homebuilding and tourism and the consequences of government regulation. He is the creator of the multifamily stock index (the first nationally recognized index to track the total return of public firms principally involved in the ownership and management of apartments) and serves on the Expert Advisory Board of Mortgage Market Guide.

The author of more than 85 articles, his much sought-after research and opinions have been featured in leading publications, including Bloomberg Business Week, Bureau of National Affairs, Forbes and Fortune. He is a regularly featured guest on cable news programs, talk and public radio and authors a syndicated column that deconstructs current issues affecting the economy.

With an engaging narrative and warm demeanor, Dr. Eisenberg infuses colorful perspective to the world of economics, providing expert insight in an unconventional manner that leaves audiences stimulated, informed and wildly entertained.