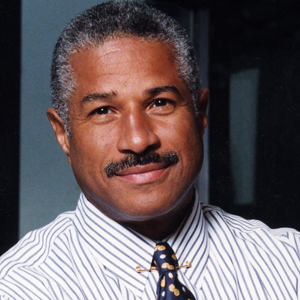 Community Activist and Founder of the Young Lords Party
Fee Range $10,000 and Below *
* This specific fee falls within this range. Ranges are presented as a guideline only. Speaker fees are subject to change without notice. For an exact quote, please contact your Keppler Speakers representative.
Add to Favorites

A two-time Emmy Award-winner for his reporting, Felipe Luciano was America's first Puerto Rican television anchor. He is the founder and chairman of the Young Lords Party, a member of The Original Last Poets, an advocate for inter-ethnic communication, and the host of "Street Talk".

A talented diversity speaker, Felipe Luciano is committed to community empowerment, ethnic pride, and civil rights. This commitment was pivotal to changing the color and complexion of politics, culture, and society in New York City. He is a regular contributor to many New York area newspapers and magazines, including The New York Times and Essence, while continuing to write and perform his spoken word poetry.

In recent years, we have hosted [countless speakers]. Felipe blew them away. He connected with our students, black, white, Latino, Asian, and African, in a manner that is difficult to describe. Tremendous message. The George Washington University