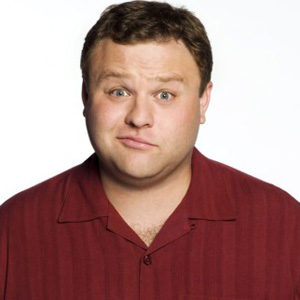 Comedian, actor, and impressionist
Fee Range $75,001 - $100,000 *
* This specific fee falls within this range. Ranges are presented as a guideline only. Speaker fees are subject to change without notice. For an exact quote, please contact your Keppler Speakers representative.
Add to Favorites
FrankCaliendo http://www.frankcaliendo.com

On stage, Caliendo's high energy act is a blend of observations, impressions, characters and anecdotal stories that build to a frenetic pace. Appropriately described by the Hollywood Reporter as "a combination of Robin Williams and Jim Carrey," Caliendo is one comedian that should not be missed.

An eleven year veteran of television sketch comedy as a cast member on Madtv and starring in his own series Frank TV, Caliendo has been a fixture on television for the last decade. He has comedy specials that run regularly on TBS and Comedy Central and he is a regular on the late night talk show circuit performing on such shows as The Late Late Show with Craig Ferguson, Jimmy Kimmel Live, The Tonight Show, The View, Late Show with David Letterman, and a special correspondent for Superbowl XXXIX.

Caliendo co-starred in the Twentieth Century Fox feature film The Comebacks with Bradley Cooper, Will Arnett, and Dax Shepard and can also be seen every week on the FOX NFL SUNDAY pregame show, where he has worked with Terry Bradshaw, Howie Long, and the rest of the team for the past 9 years –including his "Frank's Picks" segments featured during Superbowl XXXIX, XLII and XLV broadcasts.

Frank was wonderful and truly a professional. Amerinet