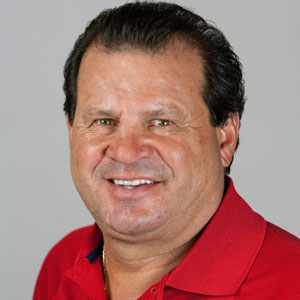 Captain of the 1980 US Olympic Hockey Team and Subject of the Hit Film, Miracle
Fee Range $30,001 - $50,000 *
* This specific fee falls within this range. Ranges are presented as a guideline only. Speaker fees are subject to change without notice. For an exact quote, please contact your Keppler Speakers representative.
Add to Favorites
MERUZIONE

Millions of Americans remember Mike Eruzione as the captain of the 1980 US Olympic hockey team that beat the odds to win the gold medal in Lake Placid. It was his decisive winning goal that beat the Soviet team and stunned the world.

Following the team's triumph, Eruzione went on to broadcast for network television. He broadcast Olympic commentary from Sarajevo, Los Angeles, and Calgary for ABC, and from Albertville and Lillehammer for CBS. In preparation for the 1994 Winter Olympic Games, Eruzione joined the Olympic Hockey Tour to promote the American team. His role in this memorable moment in history and the lessons taken from it make him a respected and irreplaceable sports speaker for any event.

A gifted orator, Olympian Mike Eruzione is an icon of his 1980 storybook team and an inspiration in the face of even the most seemingly insurmountable of odds. A speaker that sets audiences at ease with his friendliness, outgoing nature, and quick smile, he is an all-time favorite for all the right reasons. Eruzione and his team's storybook Olympic tale is the subject of the Disney film Miracle starring Kurt Russell as legendary Head Coach Herb Brooks and Patrick O'Brien Demsey as Eruzione.

He was very down-to-earth and his message was very well-received by all. Treasury Mgmt. Assn. of New England