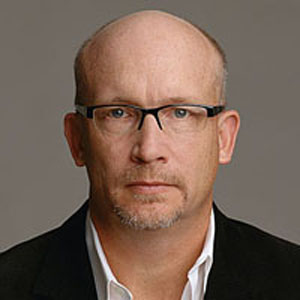 Academy Award-Winning Filmmaker
Fee Range $10,001 - $20,000 *
* This specific fee falls within this range. Ranges are presented as a guideline only. Speaker fees are subject to change without notice. For an exact quote, please contact your Keppler Speakers representative.
Add to Favorites
BaLueBolivar

An Academy Award and Emmy Award-winning writer, producer, and director, Alex Gibney tackles hot topics with artistic flair. His works include Enron: The Smartest Guys in the Room, which was nominated for an Academy Award, and Taxi to the Dark Side, which won the Academy Award for Best Documentary Feature in 2007. The film focused on an innocent taxi driver in Afghanistan who was tortured and killed at Bagram Air Force Base in 2002. His newer films include Casino Jack and the United States of Money, which chronicles the life of disgraced Washington lobbyist Jack Abramoff, and Client 9: The Rise and Fall of Eliot Spitzer.  He was also nominated for the Grand Jury Prize at the Sundance Film Festival for Gonzo: The Life and Work of Dr. Hunter S. Thompson. In 2013, Gibney was honored with the International Documentary Association (IDA) Career Achievement Award.

Gibney has also worked as a journalist on such television programs as The Trials of Henry Kissinger, Speak Truth to Power, The Fifties, and The Pacific Century, a ten-hour documentary series honored with an Emmy and the duPont-Columbia Award for Excellence in Broadcast Journalism. His work has also appeared on the Emmy and Peabody Award-winning series ESPN's Sports Century, and the Emmy Award-winning series Frontline.

A master documentarian, Gibney puts a human face on the most compelling current events of our time.

He was a pleasure to work with. Easy-going, flexible and enjoyable! Pitzer College