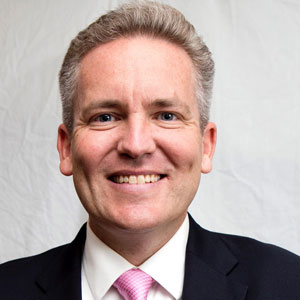 If readers want to be in the know on matters percolating inside the beltway, they instinctively turn to The Hill for trusted, non-partisan coverage of the inner and outer workings of Congress. Since 2004, Bob Cusack has expertly overseen the editorial activities of the esteemed newspaper, which has the largest circulation of any Capitol Hill publication.

His award-winning newsroom direction is what makes The Hill more than a collection of stories -- they become headlines in other news sources -- the ultimate indicator of their authority in the minds of lawmakers, West Wingers, lobbyists, political pundits, association executives, corporate leaders, and national media.

Cusack has covered policy and politics in DC for more than 15 years. In 2003, he joined The Hill as Business & Lobbying Editor and assumed the role of Managing Editor a year later. Prior to The Hill, he was a Chief Editor at Inside Washington Publishers. Through the years, he has developed a keen understanding and institutional knowledge of the behind-the-scenes happenings on Capitol Hill, K Street, and the White House. His evenhanded perspective on the agendas, milestones, and power plays that shape the American political landscape is unrivaled. He regularly appears as a political analyst on FOX, CNN, CSPAN, MSNBC, ABC, as well as Focus Washington with Chuck Conconi. Cusack also landed a speaking role in HBO's Veep in 2014.

Whether he's weighing in on political party frontrunners, landmark congressional legislation, or Presidential politics, audiences will be riveted by Cusack's incisive analysis of the congressional terrain and value his unbiased forecasts on what we can expect of our legislators down the road.