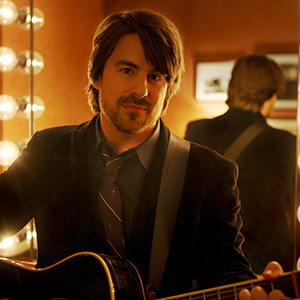 Country music recording artist Jimmy Wayne is known for hits such as “Stay Gone,” “Paper Angels,” “I Love You This Much,” and the single that the earned BMI’s Mission-Air Award for getting more than one million radio spins in the U.S., “Do You Believe Me Now?” A musician who has performed on the Grand Ole Opry 224 times, toured with Brad Paisley and recorded “Sara Smile” with the Rock and Roll Hall of Fame duo Daryl Hall and John Oates, Wayne uses songs and his remarkable life story to highlight his mission to raise awareness for children in foster care.

In 2010, Jimmy walked halfway across America—from Nashville to Phoenix—to advocate for kids aging out of the foster care system. Along the way, he wrote the novel Paper Angels, which was published by Simon & Schuster in 2011 and became a film of the same name the following year—it was an immediate holiday classic. In 2012, he successfully lobbied on behalf of bills to extend the age of foster care from 18 to 21 in California and Tennessee. In 2016, he helped accomplish the same thing in North Carolina and Ohio. Jimmy Wayne’s second book, Walk to Beautiful: The Power of Love and a Homeless Kid Who Found the Way, was published in 2014 and became a three-time New York Times bestseller and hit the #1 bestseller spot at Amazon. In 2017 he published the children’s book Ruby the Foster Dog.

Wayne has received numerous awards and recognitions for his advocacy, including the Points of Life award. As a speaker, Jimmy shares his story—“The Power of One”—with corporate, association, university and school audiences worldwide, deftly combining storytelling and music in unforgettable presentations that entertain and inspire.

It was great. I am getting comments that it was the best yet. They loved Jimmy and how the music was worked into the story. Really nice and unique touch.