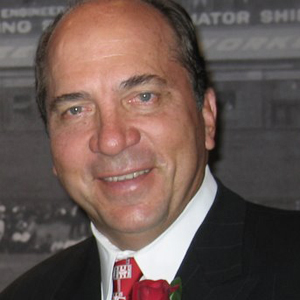 Star of the Cincinnati Reds 'Big Red Machine'
Fee Range $20,001 - $30,000 *
* This specific fee falls within this range. Ranges are presented as a guideline only. Speaker fees are subject to change without notice. For an exact quote, please contact your Keppler Speakers representative.
Add to Favorites
Johnny_Bench5 http://www.johnnybench.com

Sports broadcaster, author, philanthropist, and Emmy Award winner--not to mention one of the greatest Major League Baseball catcher in history--Johnny Bench is a symbol of winning through hard work and teamwork. He signed with the Cincinnati Reds in the 1965 draft and made the major league roster the next year. However, Bench is much more than just a ballplayer. This MVP continues to use his celebrity status to reach out to his community. Among the charitable organizations he supports are the American Heart Association, the American Cancer Association, the Kidney Foundation, the Cincinnati Symphony, the Museum of Science and Industry, and his own Johnny Bench Scholarship Fund, which aids Cincinnati-area college students.

Bench's honors include his election into the Baseball Hall of Fame in 1989, being named the National League Rookie of the Year (1968), being a 14-time All-Star, and winner of ten Gold Gloves. Also, Bench was named the 16th greatest player of all time by the Sporting News in 1998.

In addition to making regular appearances on ESPN and FOX Sports and hosting his daily in-season radio show on the Reds Radio Network, Bench has sung with the Cincinnati Pops, authored books, and hosted the Emmy-Award winning instructional show, "The Baseball Bunch".