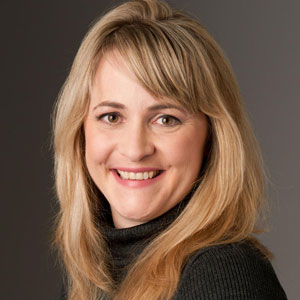 As co-host of NPR's award-winning afternoon newsmagazine, "All Things Considered", Kelly McEvers delivers perspective on the biggest stories of the day to 11.7 million listeners weekly—the largest radio audience in the country.

McEvers has been both a national and international correspondent for NPR and is a two-time Peabody award winner for her work in Syria and during the Ebola outbreak in Liberia. For many years she was based in the Middle East, where she covered the Arab Spring uprisings and the brutal crackdowns and conflicts that followed. She was tear-gassed in Bahrain; spent a night in a tent city with a Yemeni woman who would later share the Nobel Peace Prize; and snuck into war-torn Syria to report on anti-government rebels known as the Free Syrian Army and the Islamist militants who would later form ISIS. McEvers chronicled her time as a war correspondent in the midst of this dangerous and difficult time in a radio documentary, "Diary of a Bad Year: A War Correspondent’s Dilemma".

Previously, she covered the final withdrawal of U.S. troops from Iraq and the political chaos that gripped the country afterward. Before arriving in Iraq in 2010, McEvers was one of the first Western correspondents to be based full-time in Riyadh, Saudi Arabia.

In 2008 and 2009, McEvers was part of a team that produced the award-winning "Working" series for American Public Media's business and finance show, Marketplace. She profiled a war fixer in Beirut, a smuggler in Dubai, a sex-worker in Baku, a pirate in the Strait of Malacca and a marriage broker in Vietnam.

Drawing from her experiences in the field, McEvers offers unique perspective from behind the headlines and on the importance of storytelling as she discusses the responsibilities and perils of being a journalist today.