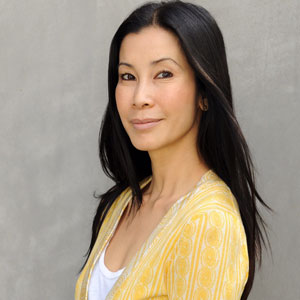 Acclaimed Journalist On OWN & CNN
Fee Range $50,001 - $75,000 *
* This specific fee falls within this range. Ranges are presented as a guideline only. Speaker fees are subject to change without notice. For an exact quote, please contact your Keppler Speakers representative.
Add to Favorites
lisaling http://www.lisaling.com

Award-winning journalist, Lisa Ling is the host of This is Life with Lisa Ling on CNN. Ling was formerly the executive producer and host of Our America on the Oprah Winfrey Network (OWN). In the first two seasons, she embedded in a Midwest town ravaged by an onslaught of heroin and got exclusive access inside an anti-gay religious movement. She also witnessed the manifestation of PTSD in returning veterans or war and went undercover to investigate the under-age sex trafficking of minors in the nation's capital.

Ling also served as the correspondent for The Oprah Show and was a contributor to ABC News' Nightline. She was also the first female host of National Geographic's Explorer series where she investigated the deadly MS-13 gang, went undercover inside North Korea, and explored the drug war in South America, among other issues that are too often ignored.

Ling got her start in journalism as a correspondent for Channel One News where she covered the civil war in Afghanistan at 21 years of age.  She later went to become a co-host of ABC Daytime's hit show The View, which won its first daytime Emmy during her tenure.  She was also a special correspondent for CNN's Planet in Peril series and is a contributing editor for USA Today's USA Weekend magazine.

She is the co-author of "Mother, Daughter, Sister, Bride: Rituals of Womanhood," and "Somewhere Inside: One Sister's Captivity in North Korea and The Other's Fight to Bring Her Home," which she penned with her sister, Laura. Lisa is also a member of President Obama’s Commission on White House Fellows and a co-founder of Secret Society of Women.

Lisa Ling is an amazing speaker.  She is knowledgeable, gracious and very funny.  Ling shared personal and professional stories and was able to connect with everyone in the audience.  We were honored to host her for Fall Convocation. University of Miami