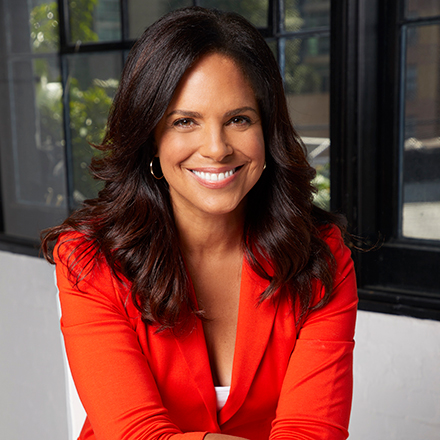 Through the transformative power of storytelling, Soledad O’Brien brings a fresh perspective on diverse and contemporary issues to foster change in your own community or organization.

Story is our medium…. And it's how we make sense of our world...When it comes to our national narrative, what we need to realize is that we're all contributing to the story, that we can affect where this country is going. Soledad O'Brien

As the anchor and producer  of the syndicated political show Matter of Fact, Soledad has established herself as one of the most recognized names in broadcasting. A champion of diversity, she gives voice to the underserved and disenfranchised through her Emmy award-winning reporting and acclaimed documentary series Black in America and Latino in America. Soledad is also a contributing editor for PBS NewsHour, and since 2020 she has hosted the weekly podcast Very Opinionated with Soledad O’Brien. In 2021 she hosted the Audible-original podcast series Growing Up P.O.C. and in 2022, the hour-long radio show and podcast series Everyday Wealth.™

With eloquence and a measured ability to examine often-divisive issues such as race, class, wealth, opportunity, and poverty, she invites audiences to delve deeper into the headlines that shape our lives, our outlooks and our daily interactions. Her documentary production company, Soledad O’Brien Productions (SO’B), follows that same path, uncovering empowering, untold stories that take a challenging look at often divisive issues. Two recent SO’B series include The Prison Breaker, on Discovery Plus, and Disrupt and Dismantle which aired on Black Entertainment Television (BET) and the Smithsonian channel. Her four-part HBO mini-series Black and Missing premiered in late 2021.

On stage, Soledad draws from her life and career to stimulate thoughtful conversation on the roles we each play within our communities and organizations, leaving audiences with memorable takeaways on the power of individuals and organizations to make meaningful and lasting change.

She is the author of two books, her critically acclaimed memoir, The Next Big Story: My Journey Through the Land of Possibilities, and Latino in America.

O’Brien’s coverage of race issues has won her two Emmy awards; she earned a third for her presidential election coverage, and she is a two-time Peabody winner. Other awards include the Alfred duPont, Gracie Allen, Clara Barton, Hispanic Heritage, Cronkite, and NAACP's President's Award. In 2021 she was awarded the John F. Hogan Distinguished Service Award, and her documentary Pandemic in Seattle won a Silver Telly Award.

A prominent philanthropist, Soledad, is the founder of PowHERful, a foundation that mentors and funds college tuition and expenses for young women. She has served on many boards, including the Harlem School of the Arts, the National Archives, and the Rand Corporation. In 2021, she was named to the board of trustees for the Smithsonian National Latino American Museum.

Soledad did a great job of weaving knowledge about our company and meeting theme into her remarks. I will be surprised if Soledad isn’t one of our highest rated speakers ever. General Mills