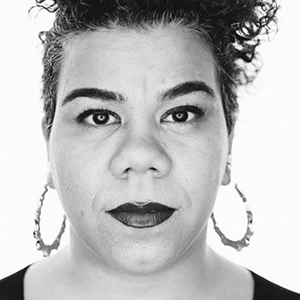 2008 United States Vice-Presidential Candidate, Journalist, Political Commentator, Scholar-Activist
Fee Range $10,000 and Below *
* This specific fee falls within this range. Ranges are presented as a guideline only. Speaker fees are subject to change without notice. For an exact quote, please contact your Keppler Speakers representative.
Add to Favorites
rosaclemente http://rosaclemente.net/

Rosa Alicia Clemente is an organizer, political commentator and independent journalist. An Afro-Puerto Rican born and raised in the Bronx, NY she has dedicated her life to organizing, scholarship and activism. From Cornell to prisons, Rosa is one of her generations leading scholars on the issues of Afro-Latinx identity.

Rosa is the president and founder of Know Thy Self Productions, which has produced seven major community activism tours and consults on issues such as hip-hop feminism, media justice, voter engagement among youth of color, third party politics, United States political prisoners and the right of Puerto Rico to become an independent nation free of United States colonial domination.

She is a frequent guest on television, radio and online media, as her opinions on critical current events are widely sought after. Her groundbreaking article, Who is Black?, published in 2001, was the catalyst for many discussions regarding Black political and cultural identity in the Latinx community. She is creator of PR (Puerto Rico) On the Map, an independent, unapologetic, Afro-Latinx centered media collective founded in the aftermath of Hurricane Maria.

She is currently completing her PH.D at the W.E.B. DuBois Center at the University of Massachusetts Amherst. Rosa was the first ever Afro-Latina women to run for Vice-President of the United States in 2008 on the Green Party ticket. She and her running mate, Cynthia McKinney, were to this date the only women of color ticket in American history.

On January 8th, 2018 Rosa and 6 other women of color organizers joined actresses from Hollywood as part of the Times Up initiative and the #metoo movement. Rosa was the guest of Oscar winner Susan Sarandon and stated that evening, “We are human beings who deserve the right to dignity, whether we are working on a Hollywood set, or working at Wal-Mart, whether we’re a mother in the South Bronx, or a mother in Beverly Hills. So, we are here not only to walk the red carpet we are here to work the red carpet and give voice to the many millions of women who are often marginalized.”