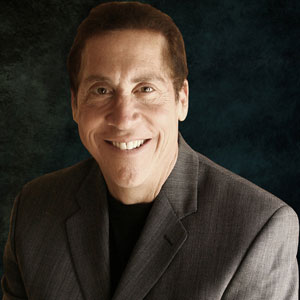 Versatile Entertainer and Sports Journalist
Fee Range $20,001 - $30,000 *
* This specific fee falls within this range. Ranges are presented as a guideline only. Speaker fees are subject to change without notice. For an exact quote, please contact your Keppler Speakers representative.
Add to Favorites
http://www.royfirestone.com/

Comedian Roy Firestone, the former host of ESPN's "Up Close", is one of America's most versatile and original commentators. He is renowned for his ubiquitous talent as an interviewer, journalist, and stage performer. Noted as "the best interviewer in the business" by Sports Illustrated, Firestone has interviewed more than 5,000 people including nearly every major sports figure. He is currently the host of HDNet's "Face to Face with Roy Firestone" and AOL's "Time Out with Roy Firestone". He has won seven Emmy Awards and seven CableACE Awards in his nearly 30-year career. His second book, "Don't Make Me Cry, Roy", was released in 2007.
Keywords: Entertainment Journalist Sports Sportscaster Emmy Award