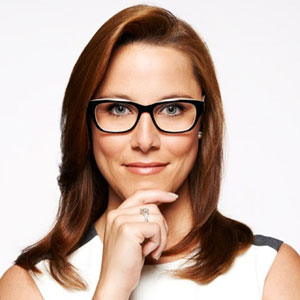 E. Cupp is a CNN political commentator and practical conservative with a searing honesty who brings her distinct outlook to CNN programming and special political coverage.

Cupp most recently hosted CNN's SE Cupp Unfiltered, a weekly program covering the white-hot intersection of politics and media. Prior to that she led a panel-driven show on HLN that debated contemporary issues impacting the country. She joined CNN as a contributor in 2013 and HLN as a host in 2017.

Leading up to her move to CNN and HLN, Cupp was the host of S.E. Cupp's Outside With Insiders, a digital series on CNN.com where she took political insiders to the great outdoors. Past guests included Gov. Scott Walker (R-WI) and Rep. Mark Sanford (R-SC) among others. From 2013 to 2014, Cupp co-hosted Crossfire on CNN, the relaunched political debate program with panelists Newt Gingrich, Stephanie Cutter and Van Jones. Before joining CNN as a host and political commentator, Cupp co-hosted MSNBC's roundtable show, The Cycle.

Cupp continues to be a nationally syndicated political columnist, culture critic, author and consultant. She regularly writes for the New York Daily News, Glamour and CNN.com. Cupp penned Losing Our Religion: The Liberal Media's Attack on Christianity and co-authored Why You're Wrong About the Right with Brett Joshpe. She was previously a consultant for Apple TV+'s The Morning Show starring Jennifer Aniston, Reese Witherspoon, and Steve Carell and HBO's hit series, The Newsroom. She has been a contributor to TheBlaze's Real News and contributing editor for Townhall Magazine.