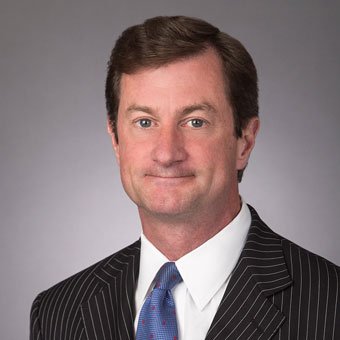 Having captured the nation’s attention as the lead in the high-profile Johnny Depp defamation trial, Benjamin Chew shares the keys to their success, with lessons for legal groups, entrepreneurs, associations and corporations.

Audiences will hear how members of the unique legal team were chosen, gain insights into their months of preparation and discover how—after more than 100 hours of testimony—the jury was convinced to rule in their favor.

A Fellow of the American College of Trial Lawyers (ACTL), the most prestigious, invitation-only society of senior trial counsel in the United States, Ben is a multifaceted litigator, fluent in Spanish and represents clients in complex commercial litigation and arbitrations internationally.

Over the course of his 30+ year highly distinguished career, he has represented several notable high-profile individuals and cases including Cher, two cases relating to the Academy Award-nominated Edith & Eddie, Rachel Ray and more recently a Venezuelan businessman in an action against FOX News and Sidney Powell regarding the 2022 election—just to name a few.

Speaking alone, or together with fellow attorney and litigator on the Johnny Depp Defamation case Camille Vasquez, Ben shares with audiences what it took to build the case that was six years in the making and to-date has inspired an NBC documentary A Marriage on Trial, a sequel to the two-part Discovery+ docuseries Johnny vs. Amber and the scripted movie Hot Take: The Depp/Heard Trial which premiered on Tubi.

Whether speaking about his representation of celebrities and other high-profile clients or more generally about leading through crisis, brand and reputation management, or performing and succeeding in high-stakes environments, Ben Chew offers audiences fascinating stories and penetrating insights relevant for leaders and teams in every industry.