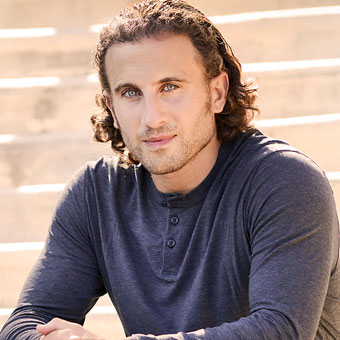 National Geographic Explorer and Expert on Creating Global Connectedness Through Trust
Fee Range $10,001 - $20,000 *
* This specific fee falls within this range. Ranges are presented as a guideline only. Speaker fees are subject to change without notice. For an exact quote, please contact your Keppler Speakers representative.
Add to Favorites
ChrisBashinelli

For more than a decade National Geographic Explorer, Chris Bashinelli, better known as “Bash”, has traveled the world walking in other people’s shoes and discovering trying to better understand the human condition.

A passionate Mental Health advocate, Bash has studied Meditation and Mindfulness for more than a decade, since the death of his father. As a celebrated Diversity & Inclusion recognized by the United Nations, Bash brings to life the powerful tools he’s learned to help organizations build stronger teams, renew employee inspiration and Step Into their Full Potential.

From his childhood “Stoop” in Brooklyn where his friends shared a combined total of over 13 nationalities, to his grandparents that immigrated to the United States from Lebanon through Ellis Island – Bash’s understanding of DE&I is built into the very fabric of his DNA.

Bash brings attendees on an inspirational journey, coupled with stunning video footage and thought provoking exercises. Whether he’s living as a nomad in Mongolia, working with suicide prevention activists on the Pine Ridge Reservation or Sumo wrestling the heaviest Japanese human being in recorded history - he will leave audiences inspired and empowered, reminding us of our greatest asset – our people.

Chris Bashinelli has got to be one of the best speakers we’ve ever had on our stage. His energy and inspiration to help people become global citizens and understand what that means, was absolutely phenomenal. Thank-you, Chris!