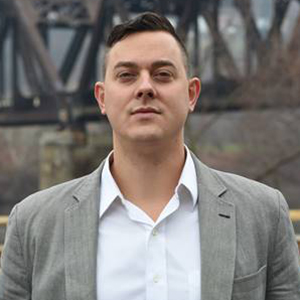 Chris Valasek draws from his research and headline-making exposure of serious automotive security flaws as he shares real-world solutions for protecting consumers and companies against cyber-attacks.

Regarded for his work in the automotive security arena, Chris is a Principal Autonomous Vehicle Security Architect at Cruise Automation and also served as a security lead at Uber’s Advanced Technology Center and chairman of SummerCon, America’s longest running hacker conference.

Best known for engineering the remote compromise of a 2014 Jeep Cherokee with his research partner, Dr. Charlie Miller, he has been praised for exposing serious security flaws in automobiles. Chris is one of the first researchers to discuss automotive security issues in detail – his release of code, data and tools that allowed vehicles to be physically accessed and controlled through the vehicle’s CAN bus garnered worldwide media attention.

Highly sought for his sobering insights on security problems in various technologies and devices that can lead to compromises from the outside world, Chris shares urgent solutions for protecting the public from imminent cyber-threats. His thoughts on the world of cybersecurity in general will change your entire view of potential vulnerabilities faced by not only the auto industry, but our increasingly digital, wireless and Internet of Things way of life and business.