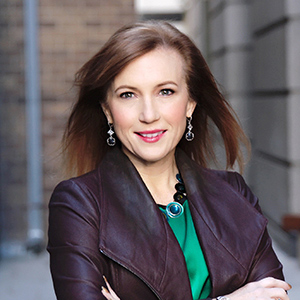 First Female White House CIO, CEO Fortalice Solutions, and 2019 Woman Cybersecurity Leader of the Year
Fee Range $20,001 - $30,000 *
* This specific fee falls within this range. Ranges are presented as a guideline only. Speaker fees are subject to change without notice. For an exact quote, please contact your Keppler Speakers representative.
Add to Favorites
TrackerPayton http://FortaliceSolutions.com

As one of the nation’s most respected authorities on cybersecurity, Theresa Payton is also a highly sought-after AI keynote speaker. Theresa is a visionary in the digital world leading the way as an inventor of new security designs and has an approved U.S. patent in security. She captivates audiences by drawing from her experience as a veteran cybercrime fighter and entrepreneur, masterfully blending memorable anecdotes with cutting-edge insights.

As the star of the former CBS TV series Hunted, Payton identifies emerging trends and techniques to help combat cyber threats, from the impact of the Internet of Things to securing Big Data.

Payton is the cybersecurity expert that organizations turn to for discreet help during data breaches and to improve IT systems and strategies. She made history as the first female to serve as White House Chief Information Officer and currently helps organizations in both the public and private sectors protect their most valuable resources.

Managing cybersecurity risk is what Payton knows and does best. Before overseeing IT operations as CIO for President George W. Bush and his administration, she held executive roles in banking technology for two of the country’s top financial institutions. After serving in the White House, she went on to co-found Dark3, a cybersecurity product company, and Fortalice Solutions, a world-class cybersecurity consulting firm ranked a Top 5 Most Innovative Cybersecurity Company in Northern Virginia, Maryland and Washington, D.C.

Payton is sought out by media news outlets to explain complex security issues and help viewers understand how to protect their privacy. She has been a frequent guest on The Today Show, Good Morning America, Fox Business, and Fox News and has been featured on CBS News, CNN, NBC News, and MSNBC, as well as Canadian and Irish news outlets. She is the host of Cybercrime magazine’s weekly one-minute podcast, The CISO Minute.

Thank you for participating for the second year in a row! You were awesome! You are a fan favorite at Humana and we hope to see you again next year if not sooner. Humana, Inc.