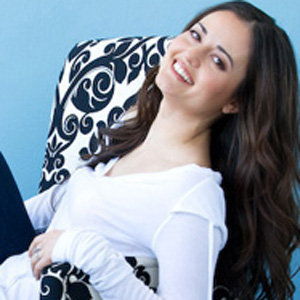 Danica McKellar continues to shine as an accomplished film, television and stage actress. Now, her gift and passion for mathematics has led her to become a three-time New York Times bestselling author.

Best known as 'Winnie Cooper' on The Wonder Years and 'Elsie Snuffin' on The West Wing, McKellar was named 'Person of the Week' by ABC World News with Charles Gibson in August 2007 for a different role -- author of the national bestseller Math Doesn't Suck. Her groundbreaking book uses hip and entertaining examples to teach middle-school girls and their parents how to master many of the tough math concepts that are introduced in middle school -- the time when young girls begin to shy away from math. Her message to girls? Smart is sexy!

The book was such a success that McKellar followed it up with the highly anticipated sequel, entitled Kiss My Math, which debuted in August 2008 at No. 4 on the New York Times bestseller list. Her third book Hot X: Algebra Exposed, was released in August 2010. Her fourth, Girls Get Curves: Geometry Takes Shape, was published in August 2012.

Prior to becoming an author, McKellar was honored in Britain's esteemed Journal of Physics and The New York Times for her work in mathematics, most notably for her role as co-author of a groundbreaking mathematical physics theorem which bears her name: The Chayes-McKellar-Winn Theorem. McKellar continues to enjoy success with her first love -- acting. She made a guest appearance in a January 2010 episode of CBS's hit The Big Bang Theory and was recently seen in a recurring role in another CBS comedy, How I Met Your Mother in the role of fun, oversexed 'Trudy.' She recently completed the role of MASH nurse 'Jenny Valentine' in the Vietnam drama, 21 and a Wakeup with Faye Dunaway.