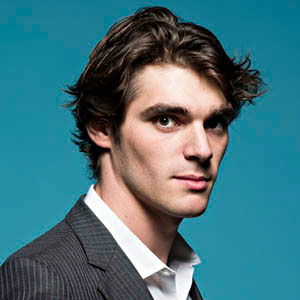 Co-Star of AMC's Breaking Bad & Equality and Diversity Activist
Fee Range $10,001 - $20,000 *
* This specific fee falls within this range. Ranges are presented as a guideline only. Speaker fees are subject to change without notice. For an exact quote, please contact your Keppler Speakers representative.
Add to Favorites
RJMitte

RJ is best known for playing Walt Jr. on the Emmy-winning AMC drama Breaking Bad, – like his character on the show, he also battles with cerebral palsy. In addition to that star-making role, RJ has appeared on the big and small screen, captivating audiences on Showtime’s Weeds, NBC’s Vegas, Freeform’s Switched at Birth and CW’s Everybody Hates Chris. Throughout his rise to fame, his cerebral palsy has never deterred his drive to succeed or stopped him from doing what he loves.

With the mission of removing the stigma associated with disability, RJ has become a passionate activist, serving as celebrity youth ambassador for United Cerebral Palsy and several other causes. On stage, RJ draws from his experiences on and off camera to engage students in important discussion about diversity and acceptance. As he talks about his strategies for overcoming adversity, including being bullied, he demonstrates how through hard work and determination you can boldly and triumphantly set and achieve any goal.

RJ was very well received by all of our students! I would even say the best event we've had in our speaker series! The thing that sets RJ apart is that he can really relate since he's the same age! His message seemed to resonate a lot more with the students than many of our other speakers. University of Arizona