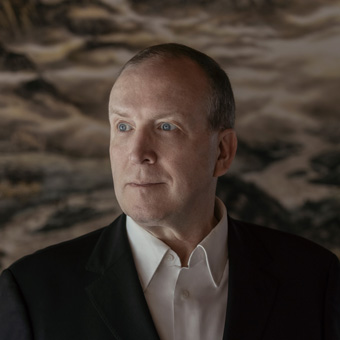 Global affair expert and author of Great Powers
Fee Range $20,001 - $30,000 *
* This specific fee falls within this range. Ranges are presented as a guideline only. Speaker fees are subject to change without notice. For an exact quote, please contact your Keppler Speakers representative.
Add to Favorites
thomaspmbarnett http://www.thomaspmbarnett.com/

Thomas P.M. Barnett is a strategic planner who has worked in national security affairs since the end of the Cold War. In 2010, he became chief analyst for the Israeli start-up company, Wikistrat. He has also operated his own consulting practice, Barnett Consulting LLP, since 1998.

An expert on Soviet affairs, he explains the reality that Moscow faces now - not just from the shocked West, but the nervous East and the restive Islamic South, and Russia's current sphere of influence stacks up against those of Europe, India, China and the U.S.

A New York Times best-selling author and a nationally-known public speaker who's been profiled on the front-page of the Wall Street Journal, Barnett is in high demand within government circles as a forecaster of global conflict and an expert of globalization, as well as within corporate circles as a management consultant and conference presenter.

An award-winning professor, Barnett has written for numerous publications including Wired, the National Review, and Washington Post. A contributing editor for Esquire magazine, he also writes a weekly online column for World Politics Review. He's also a prolific blogger on current global events for Time, Esquire, and his website Thomaspmbarnett.com.