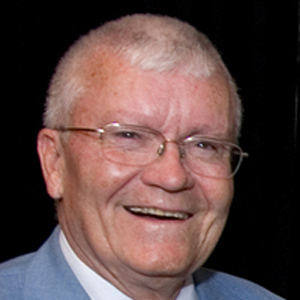 NASA astronaut Fred Haise takes you through one of the most incredible events in space-program history, while emphasizing the importance of teamwork, training and leadership.

A real American hero, Fred began his 20-year NASA career as an aeronautical research pilot and served as backup crew for early Apollo missions. But he is best known as the lunar module pilot on the ill-fated 1970 Apollo 13 lunar mission, immortalized by actor Bill Paxton in the blockbuster film, Apollo 13.

Drawing on his unique experiences, Fred delivers dynamic presentations in which he clearly illustrates that there is no achievement without risk. As he stresses the importance of developing talented, well-trained teams guided by strong leadership, Fred outlines what it takes for you and your organization to succeed under pressure.

Absolutely the best presenter we have ever hosted. His delivery and broad wealth of knowledge about space and flight is second to none. [He] endeared himself to the attendees; he inspired us all. Sampson Community College Foundation, Inc.