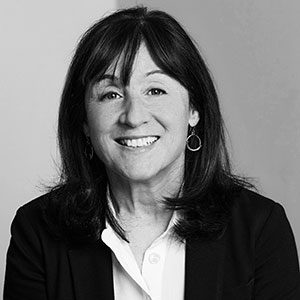 Jane Mayer has illuminated the story-behind-the-story of U.S. politics for over 20 years and currently serves as the Chief Correspondent for The New Yorker. As one of America’s leading female investigative journalist, Mayer was recently named one of the 35 most powerful media figures by the Hollywood Reporter.

Jane Mayer began her career as a writer for The New Yorker in 1995 and has maintained her reputation as one of the nation's most trusted political investigative writers. Jane Mayer initially served as the Wall Street Journal's first female White House correspondent and was twice-nominated by the Journal for a Pulitzer Prize in feature writing. The New York Times named Mayer's book, The Dark Side, “brilliantly researched and deeply. unsettling...extraordinary and invaluable." Mayer’s most recent book, Dark Money: The Hidden History of the Billionaires Behind the Rise of the Radical Right, has sold over 400,000 copies and was named one of the ten best books of the year by the New York Times and brought the Koch Brothers into the spotlight as political influencers.

There are two feature films currently in production of Jane Mayer’s work – A Netflix adaptation about the profile of Christopher Steele from The New Yorker, and a Paramount feature film based on her New York Times Best Seller, Dark Money.