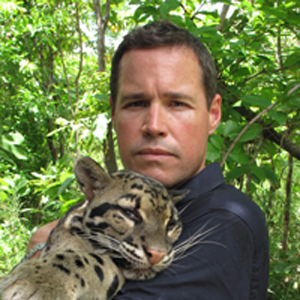 Host of Ocean Treks, Renowned Conservationist And Environmental Journalist
Fee Range $20,001 - $30,000 *
* This specific fee falls within this range. Ranges are presented as a guideline only. Speaker fees are subject to change without notice. For an exact quote, please contact your Keppler Speakers representative.
Add to Favorites
wildcorwin

For over two decades, Jeff Corwin has been telling stories of wildlife and nature to global audiences through his many celebrated television series on ABC, NBC, Travel Channel, Food Network, Disney Channel, and Discovery. Jeff has been awarded with three Emmys and the top broadcast industry awards for his work on television.

His very first TV series was the wildly successful Going Wild with Jeff Corwin on Disney Channel. His Animal Planet series The Jeff Corwin Experience was a global sensation. Jeff is also the creator and co-presenter of CNN's groundbreaking documentary Planet in Peril, hosted alongside Anderson Cooper and Sanjay Gupta. Currently, he is Executive Producer and host of ABC's Ocean Treks. He is also an Executive Producer and Presenter for the giant screen film Expedition Chesapeake and the Narrator for David Attenborough's celebrated cinematic documentary Galapagos, Natures Wonderland. During the Gulf oil spill, Jeff served as an environmental correspondent for both CBS and NBC News.

In April 2020, Jeff created and executively produced the critically acclaimed TV series Alaska Animal Rescue for Nat Geo Wild, now in its second season. His critically acclaimed NBC documentary and book, 100 Heartbeats, engaged both the readers and broadcast audience in the 21st Century plight of endangered species. Jeff is also the author of 10 books on wildlife and nature, including Living on the Edge, Amazing Relationships in the Nature World.

Jeff is a leader in conservation, recognized through his work as a television host, producer, journalist, author, explorer, and wildlife biologist. Jeff's education includes Bachelor of Science Degrees in Anthropology from Bridgewater State University and Master of Wildlife and Fisheries of Conservation from the University of Massachusetts. He is the recipient of numerous Honorary Doctorate Degrees in Education and Environmental Science.

His lifelong global exploration, academic training, and partnerships with top scientists allow Jeff exclusive access to the compelling stories from the battlefront of conservation. Armed with a spirited wit, Jeff is tenacious, raw, and real, risking it all to share his passion with the world. His love for adventure and discovery has fueled Jeff’s life-long career. He has been striving to change the world one species at a time and leave a vital legacy for future generations.

Jeff was amazing and did such an awesome job engaging the crowd and holding them from start to finish. Kids Discovery Museum