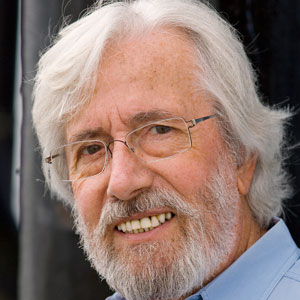 For more than five decades, Jean-Michel Cousteau has dedicated himself and his vast experience to communicate to people of all nations and generations his love and concern for our water planet.

Since first being "thrown overboard" by his father at the age of seven with newly invented SCUBA gear on his back, Cousteau has been exploring the ocean realm. The son of ocean explorer Jacques Cousteau, Cousteau has investigated the world’s oceans aboard Calypso and Alcyone for much of his life. Honoring his heritage, Cousteau founded Ocean Futures Society in 1999 to carry on this pioneering work.

Ocean Futures Society, a non-profit marine conservation and education organization, serves as a "Voice for the Ocean" by communicating in all media the critical bond between people and the sea and the importance of wise environmental policy. As Ocean Future's spokesman, Cousteau serves as an impassioned diplomat for the environment, reaching out to the public through a variety of media.

He has produced over 80 films, received the Emmy, the Peabody Award, the Sept d'Or, and the Cable Ace Award. In 2006, Cousteau's initiative to protect the Northwest Hawaiian Islands took him to The White House where he screened his PBS-KQED documentary, Voyage to Kure, for President George W. Bush. In June 2006, the president declared the 1,200-mile chain of islands a Marine National Monument--at the time the largest marine protected areas in the world. Cousteau was honored with the Environmental Hero Award, presented to him by then-Vice President Gore at the White House National Oceans Conference in 1998. In January 2015, Jean-Michel, along with his son, Fabien and daughter, Celine were each honored with the Attenborough Award for Excellence in Nature Filmmaking at the Santa Barbara International Film Festival.
Keywords: Ocean Explorer Ocean conservationist filmmaker Environmental Consciousness

The 1,200 insurance and financial service professionals attending our annual convention sat transfixed and were mesmerized by Mr. Cousteau's talk on the interdependency of life beneath the sea. Beacon Risk