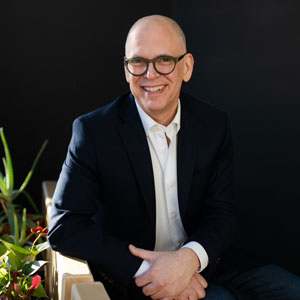 Plaintiff in the Landmark Supreme Court Marriage Equality Case
Fee Range $10,000 and Below *
* This specific fee falls within this range. Ranges are presented as a guideline only. Speaker fees are subject to change without notice. For an exact quote, please contact your Keppler Speakers representative.
Add to Favorites
JimObergefell

Jim Obergefell draws from his unique experience at the heart of the Supreme Court marriage equality ruling to move and empower audiences to stand by their beliefs—and prove that love always wins.

A self-described accidental activist, Jim found himself in the role of caregiver for his partner of more than 20 years, John, as he neared the end of his life due to ALS. An unexpected series of events led to their decision to marry, eventually taking Jim to the Supreme Court and the landmark decision in Obergefell v. Hodges that resulted in victory for marriage equality.

Jim and co-author, Pulitzer Prize-winning investigative journalist Debbie Cenziper, captured Jim and John’s story, as well as the stories of others involved in this case in the book Love Wins: The Lovers and Lawyers Who Fought the Landmark Case for Marriage Equality.

Now a self-described purposeful activist, Jim is dedicated to the fight for equality not just for the LGBTQ community, but for civil rights for all. In his moving story of love, loss, dedication, and commitment, Jim brings audiences along on his emotional and empowering journey and his continued efforts fighting for human rights.