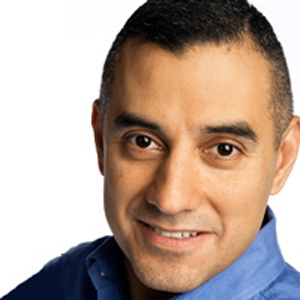 Iraq War veteran, LGBTQ rights activist, and diversity advocate
Fee Range $10,000 and Below *
* This specific fee falls within this range. Ranges are presented as a guideline only. Speaker fees are subject to change without notice. For an exact quote, please contact your Keppler Speakers representative.
Add to Favorites

Retired Marine Staff Sergeant Eric Alva shares his powerful story of coming out as a gay man in the armed forces as well as his ardent advocacy for diversity and inclusion in the workplace.

The first American soldier injured in the Iraq War, Eric was hailed as an American hero. While he lost his leg in combat, his spirit remained stronger than ever — upon retirement, Eric came out as gay. As a former spokesperson for the Human Rights Campaign, he played an instrumental role in the repeal of the military’s "Don't Ask, Don't Tell" policy on gay, lesbian and bisexual service members, working with members of Congress to end the discriminatory practice.

As a gay man, disabled veteran, and U.S. citizen of Hispanic and Native American heritage, Eric knows about overcoming obstacles and navigating complex intersectionality. Drawing on his battle for equality in the military on behalf of the LGBTQ community, he discusses how that experience supports the momentum for diversity and inclusion in the workplace, and how a commitment to equality attracts talent, builds a sense of belonging, and creates a competitive advantage.

Eric’s overall story of courage and triumph over adversity inspires audiences to create change by doing the right thing, stand up for what they believe, and make the world a better place for those who deserve to be treated with dignity.

The statistics provided were very powerful and made a strong impact on the audience. University of Pittsburgh