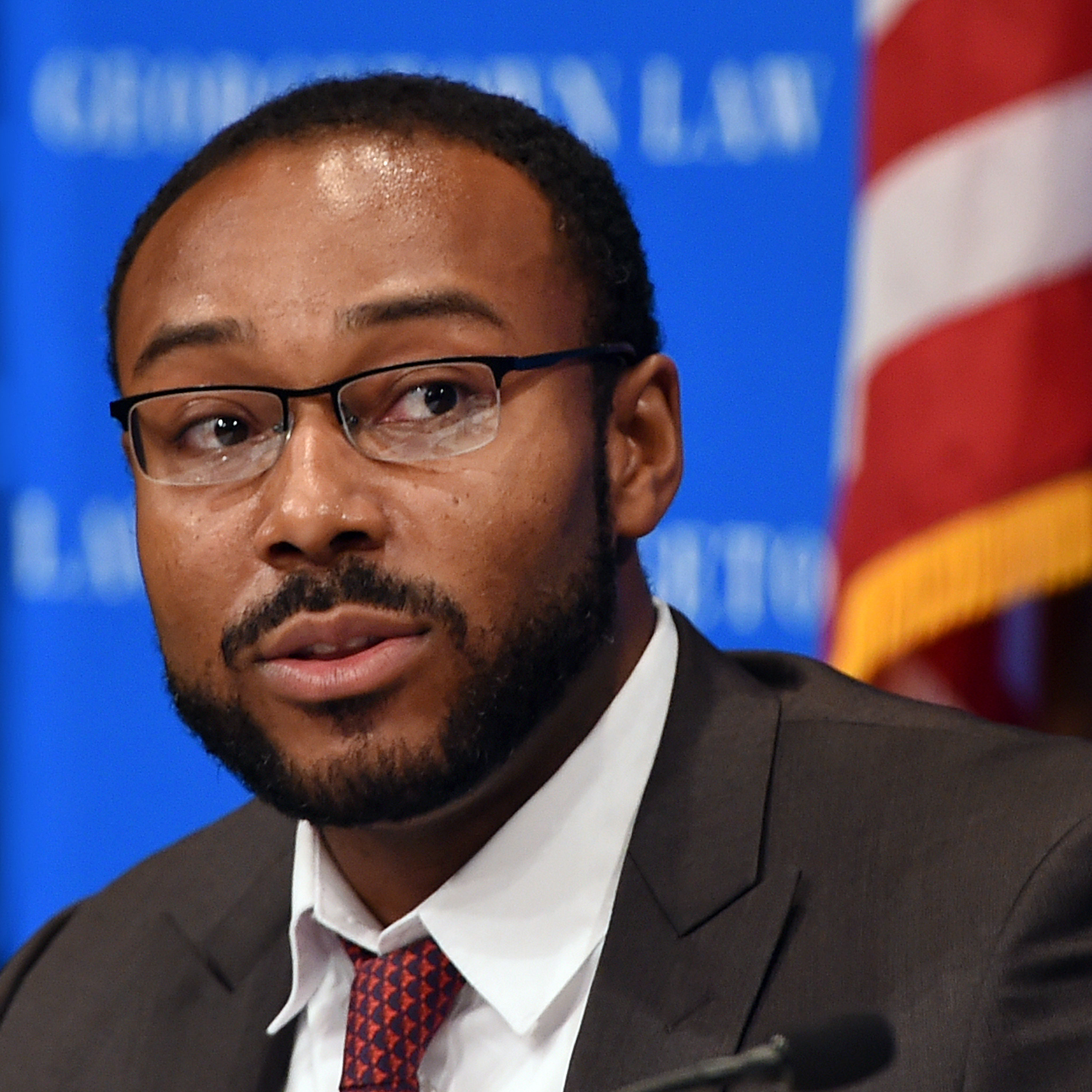 Director of the Thurgood Marshall Civil Rights Center at Howard University
Fee Range $10,000 and Below *
* This specific fee falls within this range. Ranges are presented as a guideline only. Speaker fees are subject to change without notice. For an exact quote, please contact your Keppler Speakers representative.
Add to Favorites
blackstarjus

Justin Hansford is a Howard University School of Law Professor of Law and Executive Director of the Thurgood Marshall Civil Rights Center.

Professor Hansford was previously a Democracy Project Fellow at Harvard University, a Visiting Professor of Law at Georgetown University Law Center, and an Associate Professor of Law at Saint Louis University. He has a B.A. from Howard University and a J.D. from Georgetown University Law Center, where he was a founder of the Georgetown Journal of Law and Modern Critical Race Perspectives. Professor Hansford also has earned a Fulbright Scholar award to study the legal career of Nelson Mandela, and served as a clerk for Judge Damon J. Keith on the United States Court of Appeals for the Sixth Circuit.

Professor Hansford is a leading scholar and activist in the areas of critical race theory, human rights, and law and social movements. He is a co-author of the forthcoming Seventh Edition of Race, Racism and American Law, the celebrated legal textbook that was the first casebook published specifically for teaching race-related law courses. His interdisciplinary scholarship has appeared in academic journals at various universities, including Harvard, Georgetown, Fordham, and the University of California at Hastings. He also is a member of the Stanford Medicine Commission on Justice and Equity.

In the wake of the killing of Michael Brown in Ferguson, Missouri, Hansford worked to empower the Ferguson community through community-based legal advocacy. He co-authored the Ferguson to Geneva human rights shadow report and accompanied the Ferguson protesters and Mike Brown’s family to Geneva, Switzerland, to testify at the United Nations. He has served as a policy advisor for proposed post-Ferguson reforms at the local, state, and federal level, testifying before the Ferguson Commission, the Missouri Advisory Committee to the United States Civil Rights Commission, the President’s Task Force on 21st Century Policing, and the Inter-American Commission on Human Rights.