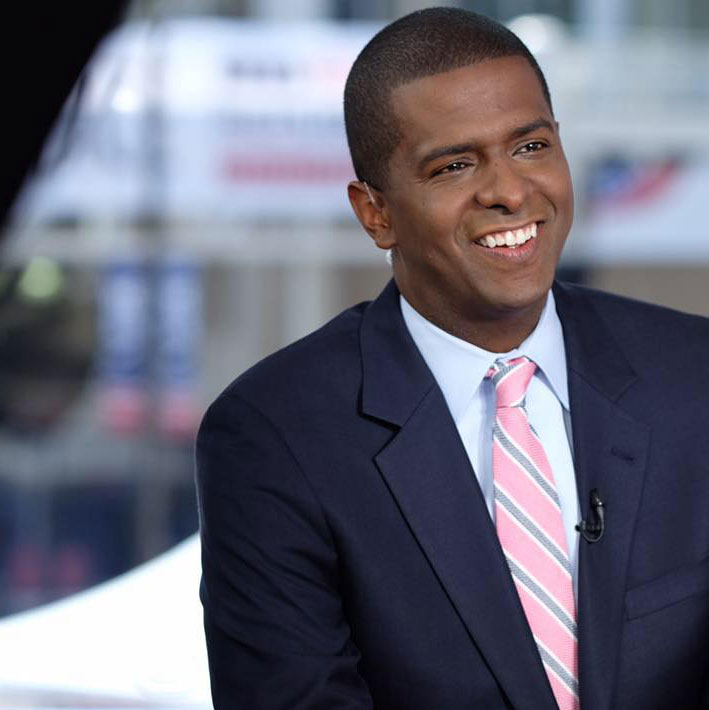 CNN Political Analyst & Former Representative from South Carolina
Fee Range $20,001 - $30,000 *
* This specific fee falls within this range. Ranges are presented as a guideline only. Speaker fees are subject to change without notice. For an exact quote, please contact your Keppler Speakers representative.
Add to Favorites
Bakari_Sellers

Bakari recently expanded his audience with the Bakari Sellers Podcast, a twice-a-week show that is part of The Ringer Podcast Network. His podcasts discuss a variety of topics from politics, race, sports, media, the presidential campaign, and much more.

Bakari was born into an activist family. His father, civil rights leader Cleveland Sellers, instilled core values in him to continue in the tireless commitment to service.

In 2005 Bakari earned a bachelor's degree in African-American Studies from Morehouse College. He continued his education at the University of South Carolina School of Law in 2008 earning a juris doctor. Bakari currently practices law with the Strom Law Firm, LLC in Columbia, SC where he heads the firm’s Strategic Communication and Public Affairs team and has recently added Diversity, Equity and Inclusion Consulting to the list of services offered.

Bakari made history in the 2006 South Carolina state legislature as the youngest African American elected official in the nation, at the age of 22. His political career did not stop there, in 2014 he was the Democratic Nominee for Lt. Governor in the state of South Carolina. Bakari has also worked for United States Congressman James Clyburn and former Atlanta Mayor Shirley Franklin.

His accomplishments do not go unnoticed within the Democratic Party. In 2008 he served on President Obama’s South Carolina steering committee. His ability to “reach across the aisle to get things done” has led to numerous achievements including being named TIME Magazine’s 40 Under 40 and The Root 100 list of the nation’s most influential African-Americans in 2015, and HBCU Top 30 Under 30 in July 2014.

Bakari has served as a featured speaker at various Political Events, Universities, and National Trade Organizations across the country, such as the 2008 and 2016 Democratic National Convention.

Sellers is married to his wife Dr. Ellen Rucker-Sellers and father to twins Sadie and Stokely.