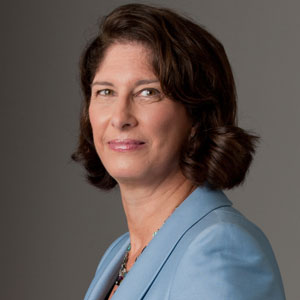 Perceptive and fearless, Liasson gives audiences a behind-the-scenes look at the politics and policy that defines the American political landscape, as well as a glimpse into the decision-making that happens in the halls of Congress, the West Wing, and on K Street.

Liasson is known for being one of the most steadfastly truth-seeking journalists in the nation's capital. For almost 30 years, she has worked with National Public Radio, where her stories are frequently heard on such flagship NPR news magazines as Morning Edition and All Things Considered.

Whether she is reporting from the White House Briefing Room or the Middle East, Liasson gets to the truth of every story. Audiences are drawn to her reporting because her stories don't merely scratch the surface but peel back the layers to reveal the political sphere that shapes our lives.

In addition to her must-listen NPR reporting, Liasson is a political analyst for FOX News, and she is a regular panelist on Special Report with Bret Baier and FOX News Sunday. She has also been a panelist on Washington Week for WETA-TV, the capital region's top PBS station.

In 1988, Liasson was awarded a Knight-Bagehot Fellowship to study economic and business journalism at Columbia University's Graduate School of Journalism. After her studies, she rejoined NPR as congressional correspondent, later serving as NPR's White House correspondent. Throughout her career, her journalistic contributions haven't gone unnoticed: she was awarded the White House Correspondents' Association's Merriman Smith Award for daily news coverage in 1994, 1995 and 1997.