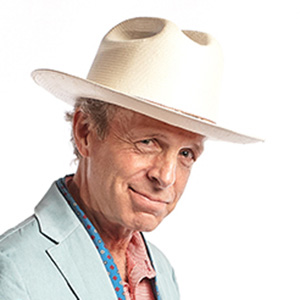 Political Influencer, Reform Advocate, Columnist, and Creator of The Circus: Inside the Greatest Political Show on Earth
Fee Range $20,001 - $30,000 *
* This specific fee falls within this range. Ranges are presented as a guideline only. Speaker fees are subject to change without notice. For an exact quote, please contact your Keppler Speakers representative.
Add to Favorites
mmckinnon

As co-founder of No Labels—an organization dedicated to bipartisanship and political problem solving—a political advisor, reform advocate, media columnist and television producer, audiences find Mark McKinnon to be well-versed in all things political.

Mark’s resume includes a who’s who of causes, companies, and campaigns, including those of former President George W. Bush and the late Senator John McCain, as well as musician and philanthropist, Bono. As chief media advisor on five successful presidential primary and general election campaigns, Mark brings timely analysis and an even-handed point of view regarding everything from the 2020 Presidential election to the day’s most debated issues. He is the co-creator, co-executive producer, and co-host of Showtime's The Circus: Inside the Greatest Political Show on Earth and a consultant on HBO’s series The Newsroom and Netflix's House of Cards. He was also a regular columnist for The Daily Beast and The Daily Telegraph.

His efforts to reform the influence of money in politics are well-known throughout the halls of our nation’s Capital, as are his time and influence as co-chair of Southerners for the Freedom to Marry.