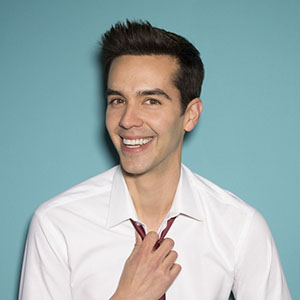 Michael Carbonaro has performed over 500 comically perplexing and improbable feats of magic on his hit TV series, The Carbonaro Effect on truTV. Now, he is taking his show on the road for his live show, Michael Carbonaro…Live!

If you have ever wondered what it feels like to be on the other side of the charmingly devious Carbonaro as he works his magic to make people believe the unbelievable, now is your chance to find out. Michael Carbonaro Live! is jam-packed with audience interaction, hilarious video clips, and a whirlwind of mind-blowing magic performed live on stage, with The New York Times calling his unique blend of magic and bizarre antics, “Genial and witty…utterly convincing.”

After years of performing in comedy clubs and school gymnasiums, Carbonaro started winning roles as an actor in both television and film, leading to a breakout series of hit magical appearances on The Tonight Show with Jay Leno. Quickly a viral sensation, Carbonaro’s unique brand of magic performed for an unsuspecting public landed him his own hidden-camera series, The Carbonaro Effect, currently in its second season on truTV.