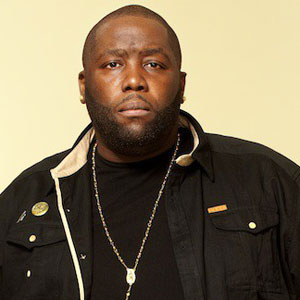 Michael Render aka Killer Mike - a nickname he received for 'killing the microphone' - is a Grammy award-winning rapper and actor who is making waves in the political arena for his gripping commentary on ongoing social issues confronting America. Media outlets such as CNN, Huffington Post, FOX Business News, and Pitchfork are catching on to his ability to connect with audiences through his intelligent, thoughtful discussion.

A featured speaker in MIT’s Hip Hop Speaker Series, Killer Mike delivered the second lecture in the series, titled “Race Relations in the US,” in which he explored a wide range of topics including music, misogyny, community activism, cultural appropriation, social media, police brutality and the landscape after Ferguson. Now he is focused on continuing to spark dialogue on college campuses across the nation on these and other critical social and cultural issues.

The son of a police officer and an outspoken voice of political dissonance and honesty in hip hop, Killer Mike’s artistry uniquely and effectively fuse these contradictions. He made his debut on the track "Snappin' and Trappin'", from OutKast's 2000 album Stankonia, and he later appeared on the Grammy-winning "The Whole World", also by OutKast. In December 2008, Mike confirmed that he signed to T.I.'s Grand Hustle Records. In 2012, he released R.A.P. Music, an album produced by rapper-producer El-P. In 2013, Killer Mike and EI-P formed Run the Jewels and released their self-titled debut via Fool's Gold Records. "Run the Jewels 2" was released in October 2014 to rave reviews with Rolling Stone naming it "Best Rap Album of 2014."