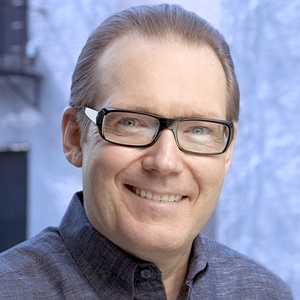 MSNBC's 'The Practical Futurist' and Technology Expert
Fee Range $10,001 - $20,000 *
* This specific fee falls within this range. Ranges are presented as a guideline only. Speaker fees are subject to change without notice. For an exact quote, please contact your Keppler Speakers representative.
Add to Favorites
rogersma http://www.michaelrogers.com

Michael Rogers is a technology pioneer, author and journalist, who is also futurist-in-residence for The New York Times Company. His consultancy, Practical Futurist, has worked with organizations ranging from NBC Universal and FedEx to Boeing, GE and Microsoft.

Rogers began his career as a writer for Rolling Stone magazine. He co-founded Outside magazine and then launched Newsweek’s technology column, winning numerous journalism awards. For ten years he was vice president of The Washington Post Company's new media division, leading both the newspaper and Newsweek into the new century and earning patents for multimedia technology. He is also a best-selling novelist whose books have been published worldwide, chosen for the Book-of-the-Month club and optioned for film.

Rogers studied physics and creative writing at Stanford University and his first job was at Rolling Stone. He went on to co-found Outside magazine and then launched Newsweek’s technology column. As vice-president of the Washington Post Company’s new media division, he earned several patents and won awards for his on-line coverage of September 11. He lives in New York City and is also a best-selling novelist whose fiction explores the human impact of technology.

He was well received by the audience and they loved what he had to say. I recommended to others that Mr. Rogers would be a good choice. National Telecommunications Cooperative Association