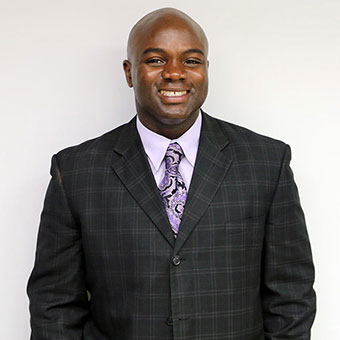 Former professional football player who transformed tragedy into an opportunity to help others with One Voice One Team Youth Leadership Organization
Fee Range $20,001 - $30,000 *
* This specific fee falls within this range. Ranges are presented as a guideline only. Speaker fees are subject to change without notice. For an exact quote, please contact your Keppler Speakers representative.
Add to Favorites
orlandobowen http://www.orlandobowen.com

Orlando Bowen was a linebacker in the CFL from 2000-04. He began his career with the Toronto Argonauts and ended it while playing for the Hamilton Tigercats. His career was sadly cut short after a severe concussion suffered at the hands of two corrupt police officers.

In 2004, while waiting to meet friends while in a parking lot, Orlando was approached by two undercover officers who accused him of dealing drugs. The officers then physically beat Bowen who suffered significant injuries to the head. Bowen was acquitted of any wrongdoing, and just one month before the acquittal, one of the officers was arrested and charged with possessing and trafficking cocaine.

Orlando’s mission is to make a difference in the lives of others by motivating people to take action. His heart for people and his desire to see companies reach their fullest potential has made him an influential entrepreneur and an inspirational innovator in the business community. Orlando has used story-telling, fitness activities and cognitive exercises to teach resilience, leadership and teamwork to over 300,000 people.

When it comes to building teams, creating momentum and employing winning strategies, Orlando is the real deal. Empowering people to overcome adversity, find their passion and to use their gifts to serve is the reason Orlando breathes. This gift has placed Orlando on hundreds of stages, boardrooms and in presentations across North America and has garnered him numerous awards. Orlando Bowen’s story of success and triumph over tragedy will motivate your people to pursue their goals by creating their own roadmap for success. Your executives will know that anything is possible and will be equipped with concepts and tools that will move your company towards success!

Bowen is the founder and executive Director of One Voice One Team Youth Leadership, which empowers youth to utilize leadership skills and talents to better themselves and their community. He has received local and national awards for his incredible work, including an African Canadian Achievement Award, the Queen’s Diamond Jubilee Medal and a national Harry Jerome Award for community service.

Orlando held the audience in profound attention and awe and is one of the most positive human beings I have ever met. The stories of his family and their faith in the human condition, as being a positive force regardless of their personal journey in meeting prejudice and bigotry is inspiring.