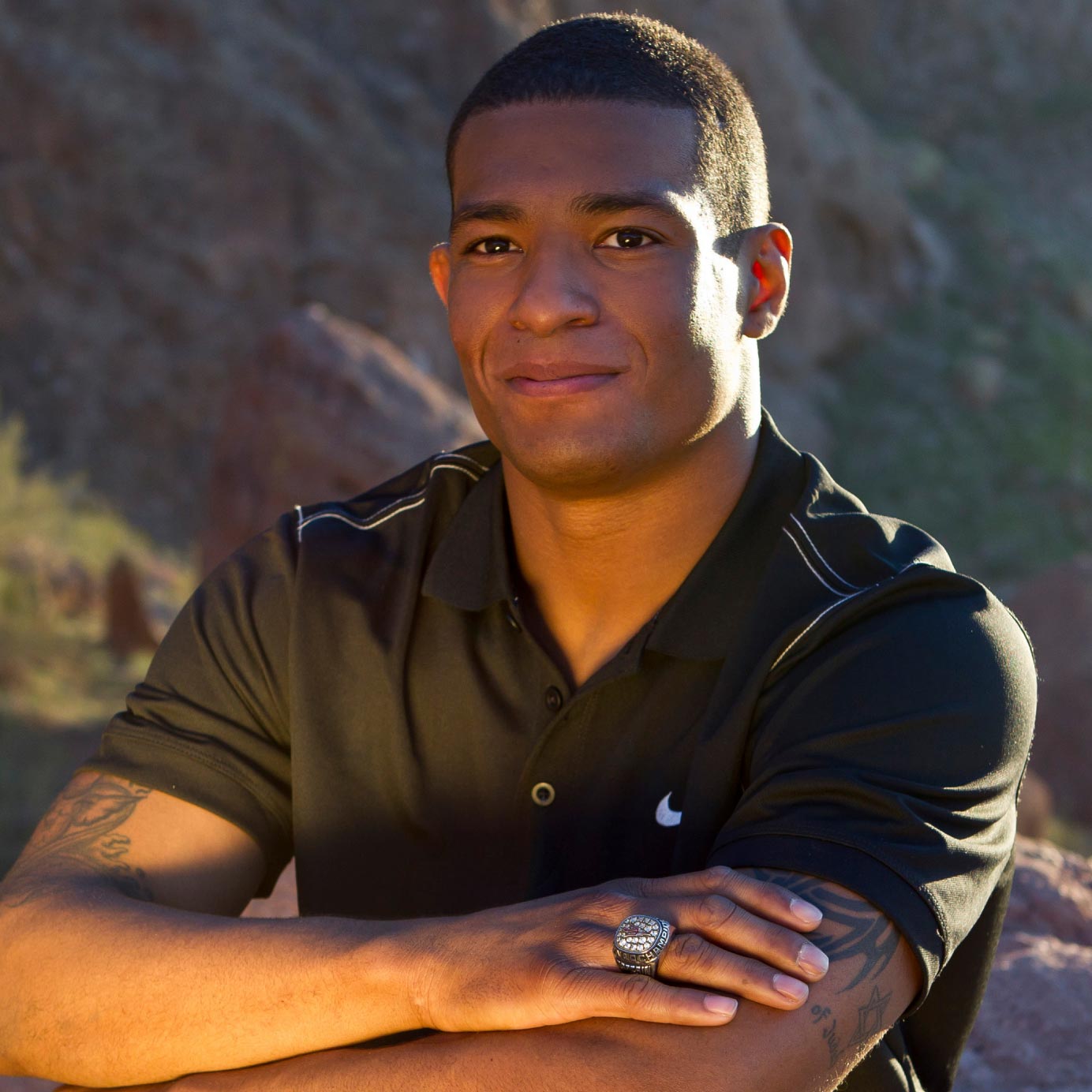 Inspiring NCAA Wrestling Champion, National Wrestling Hall of Fame inductee, and subject of the film, Unstoppable
Fee Range $10,001 - $20,000 *
* This specific fee falls within this range. Ranges are presented as a guideline only. Speaker fees are subject to change without notice. For an exact quote, please contact your Keppler Speakers representative.
Add to Favorites
ARobles125 https://anthonyrobles.com/

Anthony Robles is a three-time all-American wrestler who won the 2010-11 NCAA individual wrestling championship in the 125-pound weight class despite being born with only one leg. A graduate of Arizona State University with a degree in Business Communication, he was also awarded the 2011 NCAA “Best Wrestler of the National Tournament Award”.

Robles is the recipient of the “Jimmy V Perseverance Award” at the ESPN ESPYs and he has also received the NFL “Hispanic Heritage Leadership Award”. Robles is a Nike athlete, the first signed to an agreement after having retired from active participation in a sport. He is currently ESPN's NCAA wrestling analyst and expert and is the wrestling analyst for the Pac-12 Network as well. He was inducted to the National Wrestling Hall of Fame in 2012 and is the author of Unstoppable: From Underdog to Undefeated: How I Became a Champion. In 2013, President Obama appointed Robles as a member of the President’s Council on Fitness, Sports, and Nutrition. Additionally, Robles was a member of the Presidential Delegation to the 2014 Sochi Paralympic Games.

In 2015, the National Wrestling Media Associated awarded Robles with the "Broadcaster of the Year" award, and then he was inducted into Arizona's Sports Hall of Fame in 2017. Between 2018 - 2021, he became the Guinness World Record Holder for 3 different pull-up records. Most recently, Robles became inducted into ASU's Sun Devil Athletics Hall of Fame.

Robles lives in Chandler, Arizona. The script for a feature film chronicling his life story has been completed and the film is currently in pre-production.

* In partnership with Washington Speakers Bureau *

Anthony exceeded our expectations as a motivational speaker. Over the last three years, I have been responsible for six speakers, including two that were featured on TED. While all of them were great, none of them were as well-received as Anthony. He is the only presenter to have received a standing ovation.