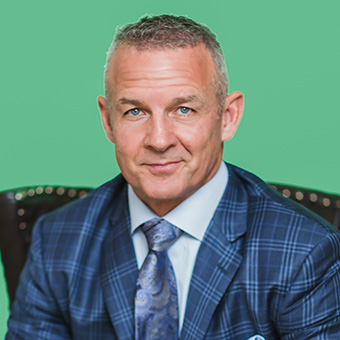 Retired NFL Running Back with Pittsburgh Steelers and Chicago Bears; Former ESPN Analyst; Author of Find a Way and Brainwashed
Fee Range $10,001 - $20,000 *
* This specific fee falls within this range. Ranges are presented as a guideline only. Speaker fees are subject to change without notice. For an exact quote, please contact your Keppler Speakers representative.
Add to Favorites
merrilhoge http://merrilhoge.com

“Find A Way” inspired action in Hoge’s life, and today his empowering message encourages people to take action and Find A Way to achieving, overcoming, and changing the circumstances of their own lives.

A retired NFL running back and former ESPN analyst, Hoge shares with audiences his story of prevailing over life's hurdles through strength and determination while achieving success through hard work and perseverance. He began his NFL career with the Pittsburgh Steelers, eventually joining the Chicago Bears before retiring due to post-concussion syndrome. During his 20+ years as an ESPN analyst and host, Hoge was well-known for his sharp insights and knowledge of the game and is still sought after as an NFL insider.

In 2010, Hoge wrote his first book, Find A Way: Three Words That Changed My Life, in which he shares inspiring, life-changing experiences, along with stories of people like Chuck Noll and Walter Payton, who challenged and inspired him. He published Brainwashed: The Bad Science Behind CTE and the Plot to Destroy Football in 2018, an informative, game-changing book that shines a light on the facts surrounding the science.

He was extremely engaging with the audience.  He delivered a message that was directly related to the theme of the meeting and was extremely professional, positive, and an excellent presenter. Overall, I would definitely recommend him to my peers in other areas of the business.
Verizon Wireless