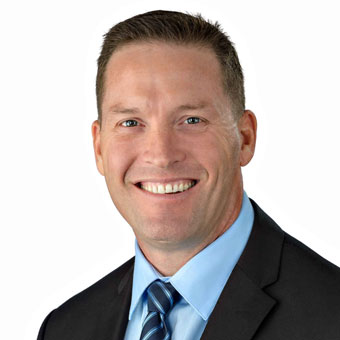 “TopGun” fighter pilot and trainer leverages the leadership lessons of teams in flight to show audiences what it takes to build inspired, compassionate, mission-driven teams and leaders.

Patrick had a distinguished 27-year career in the United States Marine Corps as an Active Duty and Reserve fighter pilot. He was stationed in San Diego, CA. and participated in four six-month deployments: three to the Western Pacific and one to Al Assad, Iraq. Patrick was recognized as the Instructor Pilot of the Year and graduated from the U.S. Navy Post Graduate Fighter Weapons School, “Top Gun.” During his military career, he trained over 500 replacement aircrew, graduated from the United States Marine Corps Command and Staff College, earned his Master of Strategic Studies as a Distinguished Graduate of the U.S. Army War College, and served in a variety of leadership roles.

After leaving active duty in 2004, Patrick joined a management consulting company and quickly rose to become one of their top speakers. Over 13 years, Patrick delivered and conducted over 450 keynote presentations, training workshops, and consulting engagements with today's leading corporations such as Verizon, ExxonMobil, Medtronic, DOW, VMware and H&R Block. He became an Executive Consultant/Director of Seminars and in 2006 was selected as the San Diego’s MPI (Meeting Professionals International) Speaker of the Year.

Patrick Houlahan is the Founder and CEO of Strategic Leadership Consultants LLC. Founded in 2019, Strategic Leadership Consultants’ mission is to Build Inspired, Compassionate, Mission-Driven Leaders. With audiences he shares the top lessons of his TOPGUN training and shows leaders and teams how to leverage them for high-performing teams whose commitment to excellence, to each other, and to continual improvement is equal to their “need for speed,” and to being “with the best of the best.”