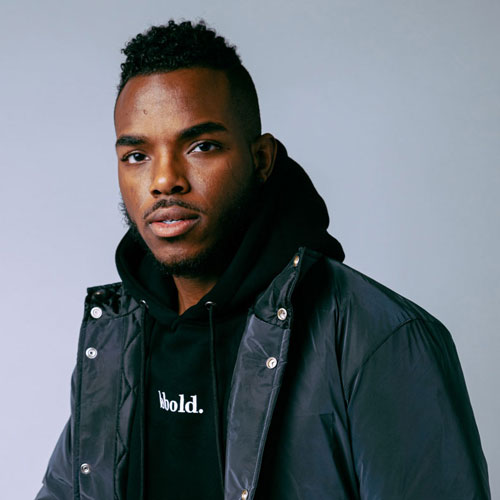 Former President of the Missouri Students Association & Activist
Fee Range $10,000 and Below *
* This specific fee falls within this range. Ranges are presented as a guideline only. Speaker fees are subject to change without notice. For an exact quote, please contact your Keppler Speakers representative.
Add to Favorites
ThePaytonHead

A rising community leader, Payton Head is invested in developing institutional cultures that are grounded in equity. He empowers students and campus administrators to fight hatred with radical love for others and themselves.

Following the events in Ferguson, he spearheaded conversations about improving race relations in the state of Missouri. Head’s viral Facebook post detailing his experience with fighting systemic injustice at Mizzou ignited the student body to fight for a more inclusive campus and be a change agent in higher education. A rising community leader, Payton Head details the adversities caused by race, gender, and sexual orientation discrimination and proven solutions to facilitate open dialogue and embrace marginalized communities.

With passion about the theory of education and action in order to affect change, with the National Campus Leadership Council and the US Department of Education in 2016, he co-authored a guide for student leaders on strategy for addressing inclusion at educational institutions and presents to university communities nationwide on the importance of creating a culture of acceptance.

Head’s latest work has been internationally focused. He spent the summer of 2018 in Amsterdam and at the European Parliament in Strasbourg analyzing the rise of populism in the West. He also traveled to Israel and Palestine and learned from activists and lawmakers in Ramallah and Jerusalem about American solidarity in the ongoing conflict.

Payton has been featured on various outlets including The Melissa Harris-Perry Show, MSNBC, CNN, The Washington Post, The Huffington Post and Teen Vogue’s: How 3 Students Changed the Course of History at Their Schools amongst others. During his tenure at the University of Chicago, he served as communications director for UChicago’s Black Action in Public Policy Studies and Program Coordinator for the Inaugural Obama Foundation Scholar’s Master of Arts in International Development and Policy Program.

Head holds a Bachelor’s degree in Political Science with certifications in Leadership, Multicultural and Black Studies from the University of Missouri. He holds a Master’s degree in Public Policy Studies with certifications in Global Conflict and International Development Policy from the University of Chicago. He is a Fall 2014 initiate of Alpha Phi Alpha Fraternity, Incorporated and a 2020 New Leaders Council Chicago Fellow.