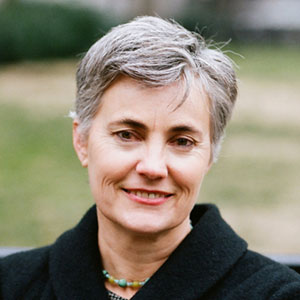 Leading Pioneer of the Sharing Economy & Founder and Former CEO of Zipcar
Fee Range $20,001 - $30,000 *
* This specific fee falls within this range. Ranges are presented as a guideline only. Speaker fees are subject to change without notice. For an exact quote, please contact your Keppler Speakers representative.
Add to Favorites
rmchase http://www.robinchase.org

Robin Chase is a transportation entrepreneur. She is co-founder and former CEO of Zipcar, the largest carsharing company in the world; as well as co-founder of Veniam, a network company that moves terabytes of data between vehicles and the cloud.

Her recent book is Peers Inc: How People and Platforms are Inventing the Collaborative Economy and Reinventing Capitalism. Her current passion is working with cities to maximize the transformation possible with the introduction of self-driving cars.

Robin lectures widely, has been frequently featured in the major media, and has received many awards in the areas of innovation, design, and environment, including the prestigious Urban Land Institute’s Nicols Prize as Urban Visionary, Time 100 Most Influential People, Fast Company Fast 50 Innovators, and BusinessWeek Top 10 Designers.

Robin was great, I think you could also see it when another HARMAN event wanted her to participate on the same day. Know the audiences and HARMAN’s management team really appreciated all the intel and expertise she had to share in the forum.