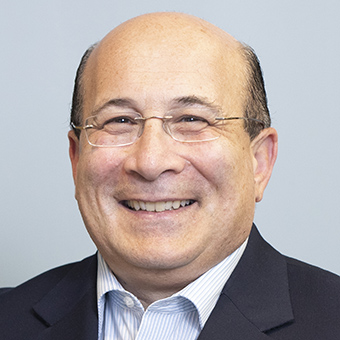 Trailblazing Financial Journalist, CNBC Senior Analyst and Commentator and Bestselling Author
Fee Range $30,001 - $50,000 *
* This specific fee falls within this range. Ranges are presented as a guideline only. Speaker fees are subject to change without notice. For an exact quote, please contact your Keppler Speakers representative.
Add to Favorites

From the pandemic and cryptocurrency to inflation and the war in Ukraine, esteemed financial journalist Ron Insana offers a clear view of our economic future through the lens of the issues of the day.

Currently a senior analyst and commentator with CNBC, Insana also hosts the nationally syndicated radio program The Market Score Board Report. As a financial journalist, he stands alone as someone who ran his own hedge fund–experience that makes his insights all the more valuable. He’s also written for Money magazine, USA Today, and authored four bestselling books on investing and reading the financial markets.

In his speeches, he looks at how Wall Street, Main Street and Washington intersect and translates market signals and political maneuvers into actionable information anyone can use to navigate uncertainty. Amid global political instability, from Ukraine to Afghanistan, Insana also shares broader perspectives on the risks of globalization—specifically, global efficiency at the expense of global security—the price of de-globalizing, and what all of this means for business and the economy.

Insana is among the first group of financial journalists who launched the Financial News Network (FNN) in 1984. When FNN merged with CNBC in 1991, he continued to cover the most important stories affecting the financial markets as an anchor and correspondent on CNBC and other NBC news outlets.

In addition to his work as a business journalist, Insana was the CEO of Insana Capital Partners from 2006-2008 which, at its peak, managed the $125 million Insana Capital Partners Legends Fund. His hands-on experience in the financial industry—through some of the markets’ most turbulent times—gives him an added depth of perspective that few financial journalists can match. He is also currently senior adviser at Schroders Investment Management.

Insana is well-known for his high-profile interviews, which included Presidents Clinton and Bush; billionaire investors Warren Buffett, George Soros and Julian Robertson; titans of industry Bill Gates, Jack Welch and the late Steve Jobs; top economists, analysts and global heads of state, from former Soviet leader Mikhail Gorbachev to Jordan's Queen Rania. He has received numerous honors for his broadcasting work; he was named one of the "Top 100 Business News Journalists of the 20th Century" and was nominated for a news and documentary Emmy Award for his role in NBC's coverage of 9/11.