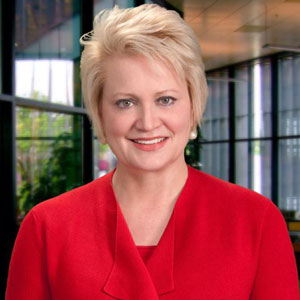 Susan Dentzer is Senior Policy Adviser at the Robert Wood Johnson Foundation, the nation's largest health and health care philanthropy, based in Princeton, New Jersey.  In this role, she works closely with foundation leaders to carry out the organizational mission of improving the health and healthcare of all Americans.

Previously, Dentzer served as Editor-in-Chief of Health Affairs, the nation's leading journal of health policy. One of the nation's most respected health and health policy journalists, she is also a frequent guest and commentator on such National Public Radio shows as This American Life and The Diane Rehm Show. Dentzer wrote and hosted the 2015 PBS documentary, Reinventing American Healthcare, focusing on the innovations pioneered by the Geisinger Health System that spread to health systems across the nation.  Susan Dentzer is also an elected member of the Institute of Medicine and the Council on Foreign Relations.

Dentzer is also on the board of directors of the Health Data Consortium, a nonprofit organization that seeks to advance the use of data and information in health care; serves on the board of Research!America, an alliance working to make research to improve health a higher priority.

She has covered a wide range of issues from international relations to economic reform. As an experienced keynote speaker, Susan Dentzer brings her audiences a perspective on Capitol Hill, and can speak authoritatively on both foreign relations and domestic policy concerns.

Not only is she terrific in both her formal presentation and informal conversation, she is a delightful, modest person. Susan was everything one looks for in a speaker. Luther College