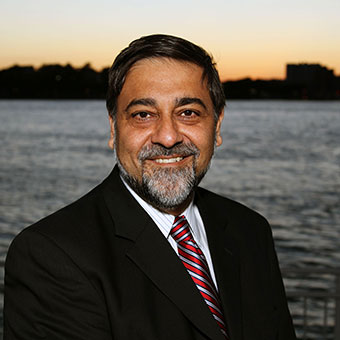 Technology & Innovation Author, Academic and Futurist
Fee Range $30,001 - $50,000 *
* This specific fee falls within this range. Ranges are presented as a guideline only. Speaker fees are subject to change without notice. For an exact quote, please contact your Keppler Speakers representative.
Add to Favorites
wadhwa http://www.wadhwa.com

Technology is creating the most exciting innovations the world has ever seen. It is also causing anxiety about our future. Navigating technological change at light speed is much harder if you don't have a trusted Sherpa to be your guide.

Vivek has rejoined Harvard as a Distinguished Fellow, Harvard Law School, Labor and Worklife Program, where he will help lead a critical three year research project on the effects of technology on future employment and work. This will be the first study on how technology will effect the core foundations of our economy.

Vivek's syndicated column for The Washington Post is one of the world's most popular columns on all things technology and innovation. In 2018 he released his book, Your Happiness Was Hacked: Why Tech Is Winning the Battle to Control Your Brain--and How to Fight Back. Previous books include the award-winning, The Driver in the Driverless Car: How Our Technology Choices Will Create the Future, he also wrote The Immigrant Exodus: Why America Is Losing the Global Race to Capture Entrepreneurial Talent, which was named by The Economist as a Book of the Year of 2012, and Innovating Women: The Changing Face of Technology. His experience as Vice President of Information Services at investment banking powerhouse CS First Boston (CSFB), spearheading the development of technology for creating computer-aided software-writing systems, was so successful that CSFB decided to spin off that business unit into its own company, Seer Technologies. As its Executive Vice President and Chief Technology Officer, Wadhwa helped grow the nascent startup into a $118 million publicly traded company.