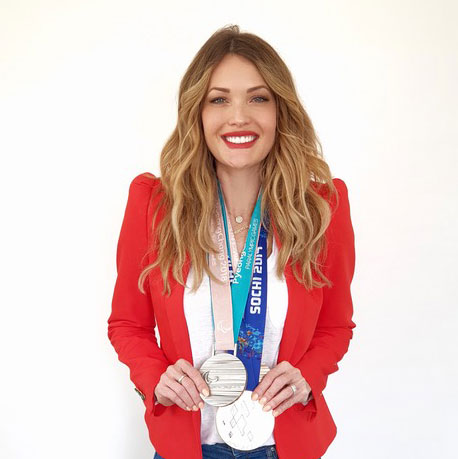 Inspirational World-Class Paralympic Athlete, Performer & Advocate
Fee Range $30,001 - $50,000 *
* This specific fee falls within this range. Ranges are presented as a guideline only. Speaker fees are subject to change without notice. For an exact quote, please contact your Keppler Speakers representative.
Add to Favorites
AmyPurdyGurl

Oprah Winfrey calls Amy Purdy her inspiration. As a young girl, Purdy dreamed of sailing through fresh powder restrained only by a snowboard attached to two feet. Above all, she dreamed of freedom, of the chance to craft a personal narrative of her own choosing. However, at the age of 19, a sudden and debilitating disease robbed her of those two feet when doctors were left no choice but to amputate.

“Pieced back together like a patchwork doll,” as Purdy puts it, she fashioned her own pair of prosthetic feet made out of rusted bolts, rubber, wood, and pink duct tape.

Today, Purdy challenges audiences to reimagine life’s challenges not in terms of limitations, but as opportunities to be unique and creative. She has since taken to the stage, becoming the breakout star of ABC's Dancing With The Stars and competed on CBS’s The Amazing Race, captivating audiences as she trotted the globe. Her autobiography, On My Own Two Feet was a New York Times best-seller and has been printed in over a dozen different languages.

Purdy serves as a role model to young and old alike. Having claimed the bronze in the 2014 Paralympics as well as the title of one of the top ranked adaptive snowboarders in the country, she founded Adaptive Action Sports, which gives young people with disabilities the resources and hope to compete and accomplish their own sports dreams. It was because of Purdy’s advocacy that adaptive snowboarding was added to the 2014 Paralympic games, giving others like her the chance to compete and to win.

A powerful storyteller, Purdy brings her messages of Living Beyond Limits and Pushing Off Of Obstacles to life, as she takes audiences through her journey from near death to living a life full of adventure and purpose.