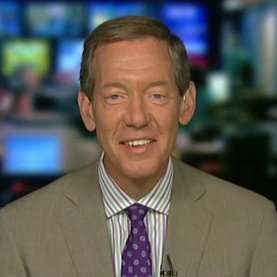 Former FOX News Chief Political Correspondent and Co-Founder of FrontPageLive.com
Fee Range $10,000 and Below *
* This specific fee falls within this range. Ranges are presented as a guideline only. Speaker fees are subject to change without notice. For an exact quote, please contact your Keppler Speakers representative.
Add to Favorites
@Campaign_Carl

Former FOX News chief political correspondent and revered “dean” of the presidential campaign press corps, Carl Cameron gives audiences a front-row seat to the latest happenings in Washington, D.C. For over 30 years, Carl Cameron has built and sustained his reputation as a trusted, non-partisan journalist whose reporting on national elections was second to none.

Named by Washington Magazine as one of 2009’s top 50 journalists in Washington, “Campaign Carl” is known by both sides of the aisle, as well as by other news professionals, for his strong, clear voice in helping voters make well-informed decisions by unapologetically presenting alternate points of view on issues.

With 22 years as lead political reporter for FOX News, Cameron delivers the how, the when, and the why on our country’s transformation of political discourse. His career spans the days of vigorous discussion of ideas and partnerships of national interest to todays’ tribal clashes grounded in stubborn oppositional fear and grievance politics. As co-founder of FrontPageLive.com, Cameron expertly translates the happenings on the campaign trail into what it could all mean for business, for individuals, and for the country.