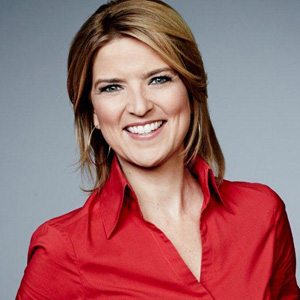 Christine Romans is the anchor of Early Start with John Berman, and CNN's chief business correspondent. Romans also covers international business, politics and the economy for CNN's morning shows, and is seen regularly on "CNN International".

She is well known for her "Romans' Numeral" segment where she deconstructs complex stories and explains what they mean for the viewer. Her coverage focuses on the latest breaking developments in the current economic landscape and what they mean to Americans and their money.

Romans has reported on some of the country's most important economic stories: the bank crisis, the AIG bailout, the intricacies of the derivative markets, and the economic stimulus and its effect on American wallets.

In 2010, Romans co-hosted Madoff: Secrets of a Scandal, a special hour-long investigative report examining disgraced financier Bernard Madoff and how he perpetrated one of the largest investor frauds ever committed by an individual. In 2009, her special In God We Trust: Faith & Money in America explored the intersection of how our religious values govern the way we think about and spend our money.

Romans joined CNN Business News in 1999, spending several years reporting from the floor of the New York Stock Exchange. Prior to joining CNN, she reported for Reuters and Knight-Ridder Financial News in the futures trading pits of Chicago.

She is the author of Smart is the New Rich: If You Can't Afford it Put It Down and How to Speak Money.