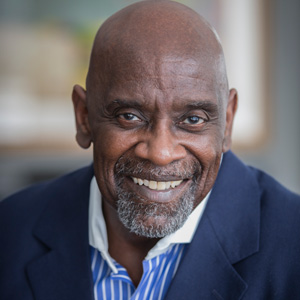 Inspiration for the Film, The Pursuit of HappYness
Fee Range $50,001 - $75,000 *
* This specific fee falls within this range. Ranges are presented as a guideline only. Speaker fees are subject to change without notice. For an exact quote, please contact your Keppler Speakers representative.
Add to Favorites
CEOofHappYness http://www.chrisgardnermedia.com

Chris Gardner is an entrepreneur, international best-selling author and an   award winning ﬁlm producer. Gardner’s autobiography, The Pursuit of HappYness became a New York Times #1 best seller, has been translated into over forty languages, including six (6) dialects of Chinese and most recent into Arabic.

Gardner is also the inspiration for the critically acclaimed ﬁlm The Pursuit of HappYness for which Will Smith received the Golden Globe, Screen Actors Guild and Academy Award nominations for his performance. Gardner’s second book, Start Where You Are also a best-seller was published in 2009. Chris’ newest book, Permission To Dream, was released in April 2021.Gardner has described himself as a 67 year old start-up!

His most ambitious goal at this time is to create the NEXT Chris Gardner(s), and some of them are going to be girls! This goal is the sole mission of the Christopher P. Gardner Foundation. Gardner has spoken at hundreds of middle and high schools all across America in this effort. And because of COVID-19 he made the ‘HARD PIVOT’ from doing live in school events to virtual events that could have him speak in as many as 1,000 schools in 2021.

In seven years I have never seen a reaction like this - the group rose as one and gave him a standing ovation. Fidelity Investments